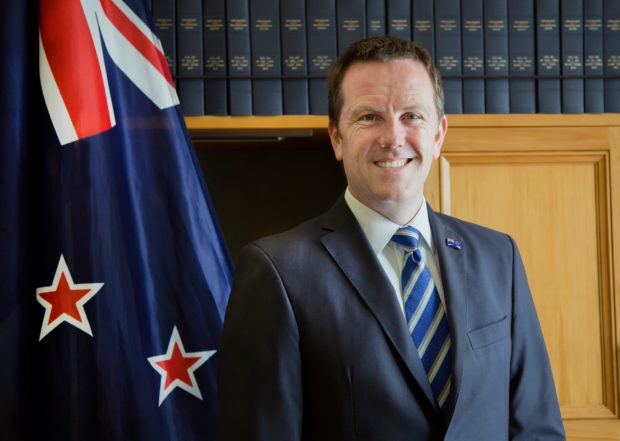 Christopher Luxon’s attempt to cauterise the abortion issue is not working out as intended.

Fresh from the weekend’s drama where three different statements were released within a short time he has acted to muzzle Simon O’Connor, whose “It’s a good day” post disappeared from social media but not before it had been screenshotted.  O’Connor has since been unavailable for comment.

Other National caucus members are mostly very silent on the issue apart from Nicola Willis who has unbelievably tried to blame Labour for National’s predicament saying that Labour had created needless anxiety.  The only anxiety I can detect is from within National’s ranks as they attempt to hide the fact that some of their MPs have some pretty fundamentalist Christian beliefs.

But former National MP Alfred Ngaro, who has strong conservative christian beliefs,  has criticised National for not allowing MPs to express their views.

From Michael Neilson at the Herald:

The US Supreme Court decision on Friday to overturn Roe v Wade and allow states to ban abortions has raised conversations here, particularly given Luxon is himself an Evangelical Christian opposed to the right to an abortion.

O’Connor posted “today is a good day” with love hearts on social media soon after the US ruling was announced.

Ngaro was quoted as saying:

As I understand it, there is no party position on these conscience issues. It is purely an individual position that caucus members take.

And you will see a number of [current MPs] voted against this, like myself when I was there.”

O’Connor’s views have received some prominence over time.  He is the MP who said at the end of the debate on Abortion Law Reform in 2020 “Mihi vindicta: ego retribuam, dicit Dominus (Vengeance is mine; I will repay, saith the Lord).”  He said at the time that saying it would probably get him into trouble and boy was he right.

There are a number of National MPs with strongly held anti abortion views.  These are the people who put up amendments such as this one which would force women to tell the state how many abortions they have had.

So much for National being a broad church.  And as I said yesterday you have to wonder what is going on in Luxon’s head.  How can he believe that abortion is murder but decide not to do anything about it because it is bad for the polls?