ImperatorFish: A statement from the Prime Minister

This government is committed to protecting the security and safety of all its citizens. But we also take very seriously the failings of the GCSB laid bare by Rebecca Kitteridge’s report, and we are determined to ensure these failings are rectified.

As the Kitteridge report makes very clear, these problems would not have occurred if our security agencies had been given a clearer set of rules to work under.

That is why the government will be moving with urgency to push through new legislation clarifying the role of the GCSB and our other security and law enforcement agencies.

Shortly we will be introducing a new bill into Parliament to provide a more flexible set of rules for these agencies.

The Government Security (Doing As They Please) Bill will be introduced next week, and this important piece of legislation will make it clear that our security and law enforcement agencies must operate within the framework of doing anything they want.

By allowing them to do as they please, operate with impunity, and spy on anyone they like, we will be giving them a more modern set of tools to aid them in the very important job of making New Zealand safe from environmental activists and internet moguls.

Our agencies have told us that they need the flexibility to do as they please in this dynamic environment, and so we intend to give them that flexibility. At the moment they spend far too much of their time and energy trying to work out which laws they have broken, how they will justify their breaches, and how they can cover them up.

While covering up its own negligence and dishonesty will always be a central function of any security or law enforcement service, we think more of their time should be spent on intercepting serious threats to New Zealand’s security. The SIS already do a good job of monitoring our Green Party MPs and trade unionists, but it is a demanding job that needs the very specialist expertise of the GCSB.

The new law will assist not only our security officials, but also the police. I am sure we all agree that our police do a fine job in difficult circumstances, and this new law will finally give them the support they deserve. If from time to time one of their own should cross the line and accidentally deliberately frame a man for murder by planting evidence, then the law should at least acknowledge that his heart was in the right place.

And if police should be caught illegally spying on a group of people playing with guns in the hills, we should be able to let it pass. To do otherwise would be to cede the battleground to the enemy. To hold our agencies accountable for their actions would be tantamount to surrendering to the terrorists and acknowledging their victory.

We require our police to uphold the law, but surely it is a step too far for them to be expected to follow it.

I know there will be criticism of this legislation. We know who these critics are, because we are forced to listen to their monotonous whining every time our security and law enforcement agencies make any effort to streamline processes, and because we have weighty dossiers on each and every one of them.

But most sensible people can see right through their scaremongering tactics. Why on earth have the public any reason to fear us? Don’t be fooled by the paranoid parasites who rail against these sensible law reforms. But don’t let them get to you, either. They won’t be noisy for that much longer.

If you’re still in doubt about these reforms, ask yourself this one simple question: when in the history of civilisation has expanding the powers of police and security agencies turned out to be a bad idea? 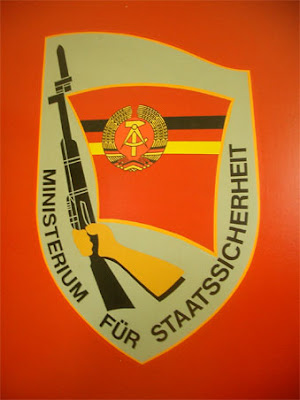 2 comments on “ImperatorFish: A statement from the Prime Minister ”