Is National Just Inconsistent or Incompetent?

It must have come as a great relief for Todd Muller when he managed to announce National’s first new economic policy under his leadership called JobStart. It might be stretching it to call it a Captain’s call but it is a start, a baby step for a big guy with so much business experience. 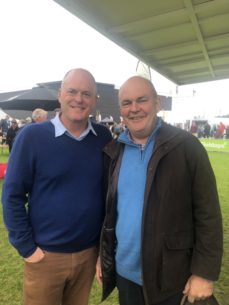 So far, I’ve seen little analysis of this policy but this could be explained by the long weekend. Alternatively, there is just little to criticise and the details still need to be worked out – the Devil is always in the detail. I am by no means an employment expert but I cannot shake the feeling that we, and perhaps National, are missing something.

According to the handy factsheet:

We will require businesses to sign a statutory declaration – similar to the wage subsidy scheme – which includes employer obligations, including a requirement that the job is genuine, permanent and offered in good faith. [my bold]

That sounds good, on paper. The $10,000 to the employer is exempt from income tax, as is the case with the Wage Subsidy Scheme. However, I assume that the new hire will have to pay income tax on their income. As it happens, $10,000 over 90 days is pretty much equivalent to the minimum wage rate. This means that it will be taxed at around 15%.

Of course, this doesn’t mean that all new hires will be on the minimum wage, but employers could have an employee for free for 90 days if they wish and they wouldn’t have to contribute a cent. To me, this means that the Taxpayer might carry all financial risk. Hmmm.

The other thing that I don’t quite understand is how this policy aligns with the 90-day trial period for businesses with 19 or fewer employees. Although the job may be permanent, the employee can be given the boot within 90 days if this is written into their contract before they start working.

On the 90-day trial period, it is interesting to note that Dan Bidois is calling for full re-instatement of the 90-day trial period. In case you don’t know who Dan Bidois is, he is the MP for Northcote and ranked at #46 on the National Party list. According to Mr Bidois, he owes his current high ranking to merit and not because he’s of Māori descent. I like his self-deprecating irony 😉 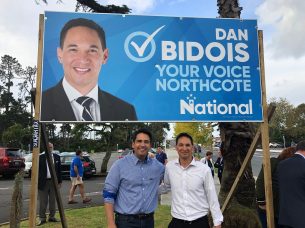 There is also a feeling of National trying to pick winners. The businesses that are really struggling and fighting for survival are less likely to hire new staff, I’d think.

In any case, JobStart has been capped at 50,000 jobs in the first instance with a budget of $500 million. Let’s hope it won’t turn into a giant job-rotating scheme with downward pressure on wages but instead that it will help to create genuine jobs that are fulfilling and sufficient to support a decent living.

65 comments on “Is National Just Inconsistent or Incompetent? ”