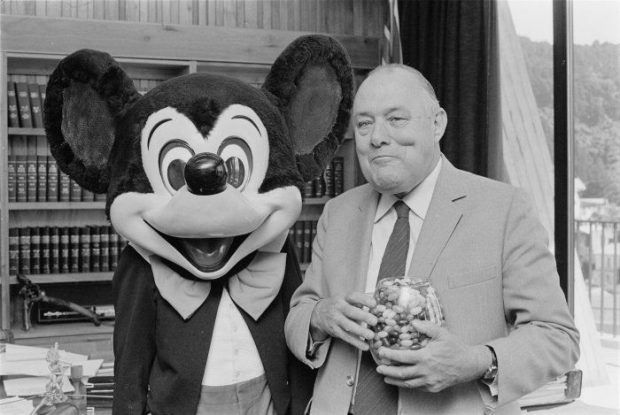 National has decided to play politics with Covid 19 and is opposing the Government’s attempt to pass legislation to secure level 2 arrangements. From Charlie Dreaver at Radio New Zealand:

The Covid-19 Public Health Response Bill, which grants extraordinary powers to both the government and police to combat Covid-19, has been debated under urgency this evening.

The National Party opposed the Bill, raising concern about the speed at which it was being pushed through, and the lack of trust being afforded to New Zealanders.

However, the government said the Bill was necessary to ensure the rules could be enforced without relying on a National State of Emergency.

One point of contention had been the rules under level 2 that allowed a maximum of only 10 people at a tangi or church service at any given time.

Prime Minister Jacinda Ardern said she, like other world leaders, struggled with the decision, but had to play it safe.

”I have always said through all this that the thing I’ve found, as a human, the hardest in all this is funerals and tangihanga,” Ardern said.

“I’ve known people who have lost very close family members and I can’t imagine trying to grieve through a global pandemic for a loved one without being able to be together with others.”

She said funerals and tangi were places where you wanted to comfort people – it was natural instinct, that was why people come together.

Ardern gave clarification that people could pay their respects in groups, as long as there were no more than 10 people present at the same time.

National Party leader Simon Bridges said the public had been writing to him raising the point that people could still go to a restaurant or movies with 100 people at the venue.

“Yet at one of the most tragic defining points of life, at a funeral, direct family members cannot attend them under those rules. That’s not just unkind, it’s inhumane, and I think we can do better than that,” he said.

Bridges said the restrictions on places of worship was also a concern for the party.

“You just look at it and say it’s not right, that for what is – in a sense – much less important and even trivial; the movies, a bar, a restaurant, sport is of course important to so many New Zealanders, but for a portion for New Zealanders for whom worship is the most important thing, they are unable to do that,” he said.

Does the bill give the police extraordinary powers? You bet. But these are extraordinary times. Rights are not sacrosanct and are subject to such reasonable limits prescribed by law as can be demonstrably justified in a free and democratic society.

Social distancing is still vital and the need will continue until we reach level one. The power for police to regulate gatherings at private residences is a vital aspect of this. Most people will voluntarily abide by the requirement. Some will require more direct persuasion.

National has also expressed concern at the reduction in size of gatherings for funerals and tangis.

The brutal rationale behind the decision to limit attendance at funerals and tangi is that otherwise the risk of transmission is heightened. Social distancing is still to be adhered to and it would be effectively impossible to achieve at large tangi or funerals.

And what are we trying to prevent? This chilling description from the New York Times of what happened in Italy is a grim reminder of what could still happen here:

Giorgio Valoti, the mayor of nearby Cene, died last Friday. He was 70. His son, Alessandro, said that 90 people died the same day in Bergamo’s main hospital. The virus “is massacring this valley, every family is losing someone dear to them,” he said. “In Bergamo, so many bodies are piling up they don’t know what to do with them.”

“I am sorry that they are still there,” he said. “Still alone.”

Luca di Palma, 49, said his father, Vittorio, 79, died on Wednesday night, and that the funeral home he called told him that they had no space for the body. Instead, they delivered to his house a coffin, some candles, a cross and a mortuary refrigerator so that he could lay his father out in the living room. He said nobody came to pay respects, out of fear of contagion, though his father had died before he could be confirmed as a coronavirus case, and doctors had refused to perform a post-mortem swab test.

On Saturday, Mr. di Palma followed a hearse carrying his father’s body to a cemetery in Bergamo, where a caretaker let them in and locked the gates behind. A priest arrived to offer a brief prayer over the hearse, its trunk lifted. Mr. di Palma said his father wanted to be cremated, but the wait was long. “Painful,” he said.

In a country where many learn in school about the dreaded Monatti who, preceded by the ringing of a little bell, retrieved corpses on carts during the 17th-century Milan plague, the amassing of dead bodies seems out of another time.

In Fiobbio, a small village outside Bergamo, an ambulance came to collect Luca Carrara’s father, 86, on Saturday. On Sunday, another one came for his mother, 82. Mr. Carrara, 52, couldn’t visit them in hospital and stayed home in quarantine, where he has begun showing symptoms of the virus. On Tuesday, his parents died. Their bodies are held in the hospital morgue awaiting cremation.

The Government’s response is not dissimilar what happened straight after the Canterbury Earthquake and the passing of urgent legislation. Except at that time we were dealing with the aftermath of a disaster, not the potential of one.

The provision in the Covid Bill is stronger but not much so. A “reasonably practicable” rider would probably have had a similar effect in practice.

The CERA legislation was sent to a select committee, for 24 hours. I suspect there is little appetite for the change to level 2 being delayed for select committee oversight for this to happen. And as I write this changes are being made to the bill, particularly as it applies to marae.

Simon Bridges’ earlier commitment to putting politics aside and working constructively is well and truly over. Remember when he said this?

We are where we are and we’re all in this together. And today, on the big questions in this House and in New Zealand, we agree. There’s no National or Labour or Green or ACT or New Zealand First; just New Zealanders. We should be going to level 4 lockdown this evening, and we are putting in all the economic resources and investments required to defeat this common enemy.

In regard to level 4, none of us can, of course, see the future. It’s possible—though, I entirely agree with the Prime Minister, not at all likely—that we come through this somewhat quickly. Some will say, “Well, shutdown—it was an over-reaction.” I’d prefer that that was the case, because it means people didn’t die needlessly. But if the models and the charts and the workings that I’ve seen, that Jacinda Ardern’s seen, and that this House is seeing are right, or even, actually, half or a quarter right, and if we follow the international examples to date, broadly speaking, level 4 and shutting down is clearly right.

We are now at a stage where again we had a day where there are no new infections. While overseas the disease rages unabated New Zealand still has the possibility of eradicating the virus locally.

And National’s current position jars with Bridges’ earlier campaign suggesting that the Government does not have the legal authority to impose the lockdown. A long, long time ago Simon Bridges said this:

National Party leader Simon Bridges said he would support expanding police powers – even if it took a law change to do so.

“It’s increasingly clear that neither the guidelines or the law allows police to enforce the lockdown,” he said.

National’s biggest rhetorical reach is to suggest that Jacinda Ardern is like Rob Muldoon but with slogans. It is good to acknowledge that Muldoon was a power hungry megalomaniac. Who never had to face a pandemic that had the potential to completely undermine the country’s health system.

National is doing what National does. But now is not a time to play political games.

Update: As pointed out by Graeme Edgler on twitter the warrant less search powers are nothing new. Section 71A of the Health Act already provides for some pretty extensive powers. 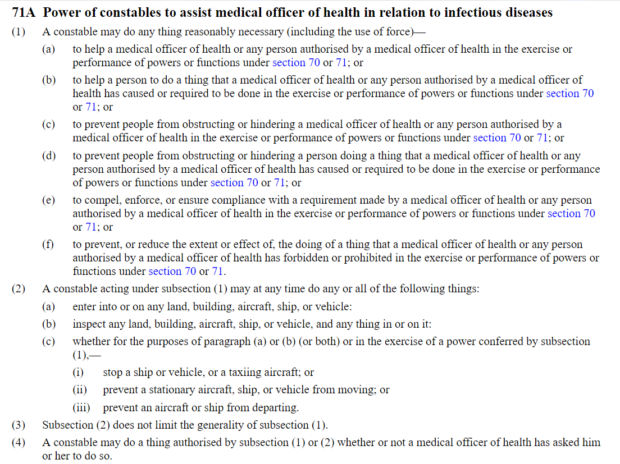