Key and Mass Surveillance: Was this the reason for the Golriz distraction? 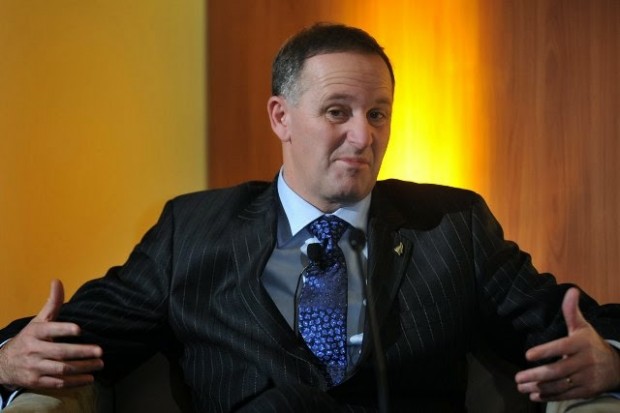 Doncha love the media and the right’s ability to throw them tidbits and getting some of them barking and howling and chasing cars?  When more important stories involving serious journalism are somehow put into the background mainly because the stories are complex and cannot fit in a tweet or your average Facebook post?

Such a story emerged today.  Despite repeated denials and promises that he would resign if the New Zealand Government engaged in mass surveillance it appeared that the former Government under Prime Minister John Key did indeed engage in mass surveillance, or at least was getting ready to do so even though he said it was not.

Sir John Key’s story of how and why he canned a “mass surveillance” programme are at odds with official papers detailing development of the “Speargun” project.

The issue blew up in the final days of the 2014 election with Key claiming the programme was long-dead and had been replaced by a benign cyber-security system called Cortex.

But new documents show development of Speargun continued after the time he had said he ordered a halt – apparently because the scheme was “too broad”.

Instead, they show Speargun wasn’t actually stopped until after Key was told in a secret briefing that details were likely to become public because they could be in the trove of secrets taken by NSA whistleblower Edward Snowden.

With days to go until voting in 2014, Key found himself accused by some of the world’s most high-profile and outspoken surveillance critics of secretly developing a mass surveillance system with the United States’ National Security Agency.

It was high stakes for Key, also Minister of the GCSB, as he had previously promised the public he would resign as Prime Minister if there was ever mass surveillance of New Zealanders.

Fisher does an outstanding job of explaining exactly what happened.

Key denied it, saying Speargun had been canned in March 2013 because it was too intrusive.

“What we ultimately did, when it comes to Speargun, in my opinion, I said it’s set too far. I don’t even want to see the business case.”

The NZ Herald has found – after three years of refusals and information going missing – that the former Prime Minister’s version of events doesn’t match that of documents created at the time.

Wooah you mean he was not telling the truth when he said Speargun had been canned in March 2013?

Hampton’s response to a recent OIA request stated that on March 28 2013 there had been a meeting with someone – not Key – from the Prime Minister’s office and GCSB staff, including the assistant director responsible for Speargun.

“While there is no written record of the discussion, the understanding of GCSB officials who attended the meeting is that (the Prime Minister’s office) considered that the (detailed business case) should not be brought forward to Ministers at that time until broader questions about legal authorities and the policy framework had been answered.”

Maybe Key did not know what his staff member said?  To that I say you should always follow the money …

Cabinet documents from April 2013 then show Speargun – or Initiative 7418 – had its funding extended through to June the following year.

And it seems that Key was told about this.

When the information was eventually released, it appeared to show the Speargun project was still active when part of a critical briefing given to Key in July 2013.

To add to this Key was told that the information may have been leaked.

At [a briefing given to Key in July 2013], Speargun was raised with the Prime Minister during a “briefing on leaks of alleged intelligence documents” – information taken by Snowden from the NSA.

It means that Key knew more than a year before the “Moment of Truth” event that it was possible Snowden would release details of a project intended to scan all internet traffic coming into New Zealand.

The background is described in this post written by Anthony Robins in the Standard back in 2014.

Last night Dotcom made a complete mess of his personal “big reveal”. He should have backed up the letter leaked earlier that day to The Herald. He didn’t, and that can only lead to increased doubts over its authenticity. That story will play out over time, of course, but it created a diversion on the night which distracted from the main message.

In other respects it was a brilliant event. All of the speakers had their strengths, but Snowden was particularly compelling, setting out his personal testimony – New Zealanders are under mass surveillance. Here’s how Key’s “story” with respect to such claims has evolved – from:

Greenwald has had access to leaked documents provided by whistleblower Edward Snowden, and he says he will release a report that would show the GCSB has been conducting mass surveillance on New Zealanders — a claim Mr Key strongly denies. “There’s no ambiguity. No middle ground. I’m right. He’s wrong,” Mr Key told reporters today.

Mr Key said Cabinet signed off a proposal for the GCSB to investigate a business case for widespread cyber protection of New Zealand entities, but he personally stopped the work in March last year because he thought it was a step too far. “In the end, that never even got to a business case.”

Mr Key today acknowledged the GCSB had indeed tapped into the cable, but for the purposes of a cybersecurity programme. However, Mr Key said concerns the project would be perceived as mass surveillance led to it being scaled back to a much narrower programme.

…to the pure distraction of the release of hastily declassified documents that relate to something else entirely (CORTEX).

The Greenwald / Snowden revelations (no need to repeat them, go read the originals here and here) relate not to CORTEX but to Speargun and XKEYSCORE, about which Key says – nothing:

”we don’t discuss the specific programmes the GCSB may, or may not use”

So from Key we have changing stories, irrelevant distractions and refusal to comment. From Snowden we have compelling first person testimony and supporting documents (uncontested by any other Five Eyes leader). New Zealand is under mass surveillance. “If you live in New Zealand you are being watched”. Changes to the GCSB legislation were part of a planned expansion of that process. Time for Key to make good on his promise:

Prime Minister John Key says he and the head of GCSB would resign if the spy agency were found to have conducted mass surveillance.

So three years later and after the involvement of the Ombudsman the information finally comes out.  There should be big political damage for this sort of deception but regrettably there won’t.  Too many media are following right wing trails of meat leading to a young Iranian refugee who is now a Member of Parliament to notice the really big story, that the last Government’s promises it would not engage in mass surveillance of New Zealanders cannot be trusted.

100 comments on “Key and Mass Surveillance: Was this the reason for the Golriz distraction? ”