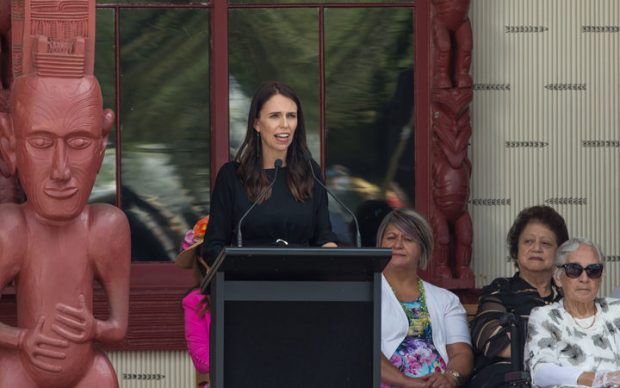 The holidays are over and politics is gearing up for what could be a fascinating if not brutal election year.

And it appears that Jacinda Ardern will throw down the gauntlet to National by confirming later today that Labour will sign up to Facebook’s transparancy tool.  From Yvette McCullough at RNZ:

Prime Minister Jacinda Ardern made the announcement at the annual caucus retreat in Martinborough, as she re-committed Labour to a “relentlessly positive, factual, and robust campaign”.

The Facebook Ad Library Report allows voters to see where campaigning money is being spent on Facebook ads. It was created after the 2016 US election.

“It means voters can see who is behind paid advertising online, how much they are spending and who they are targeting. The measures help avoid anonymous fake news style ads”, Ardern said.

These rules are compulsory in the US, UK, Canada and the EU, but not in New Zealand.

The Green Party is the only other party signed up.

National is not committing.

National Party deputy leader Paula Bennett said yesterday the party was still working its way through whether it would sign up.

“We’ll be looking at it and seeing if that’s in the interests of the public that that’s being done,” she told Morning Report.

What are the chances that National also signs up?  Pretty remote I suspect.  Their campaign model is too reliant on misleading advertising.

I am interested in understanding their definition of “interests of the public”.  You would normally expect it to mean everyone, not just their funders’ business interests.

How National responds to this will be a strong indicator of how clean this election campaign will be.  Or how dirty.

68 comments on “Labour is signing up to Facebook transparency tool ”