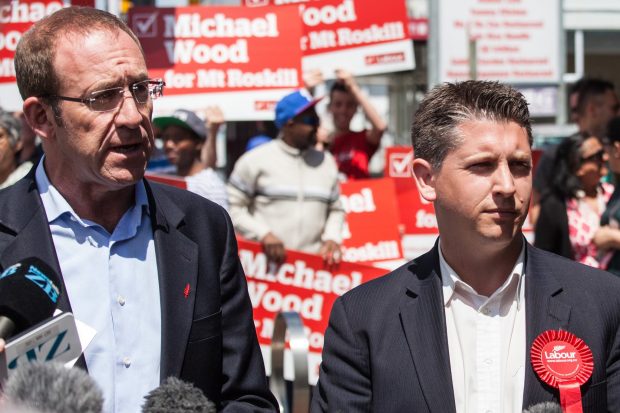 Labour has stolen a march on the Government by announcing its intention to accelerate the implementation of light rail in the Auckland Istmus.

The proposal is big and bold.  The Government has already signed up to light rail in the area through the ATAP process.  Labour is proposing to bring it forward and to have the Crown contribute half of the cost.

The project will address traffic congestion that is reaching chronic levels.  The Government is particularly vulnerable on this issue and I am sure the policy will strike a chord with locals.

National has responded by Steven Joyce labelling the proposal as pork barrel politics.  This is  is asinine and hypocritical at the same time which is quite a feat.

Joyce’s comments bring back memories of National’s promises for the Northland By election last year. The ten bridge promise was as big a boondoggle as I have ever witnessed with projects that would not otherwise have got off the ground being suddenly put at the top of the list. John Key has also jumped in and called the policy “panicky” which is strange really because that is the word I would use to describe National’s response.

National’s problem is that like the City Rail Link it will look like it is on the wrong side of the issue and of history and its eventual response will be far too late.  A responsible Government plans for the future rather than responds when crises occur.

Key does not accept that Transport in Auckland is getting worse.  He is spending far too much time in Wellington if that is the case.

He is suggesting that rapid busses may be the solution.  He should check out the relative performance of the modes as light rail can transport three times as many people as busses.  And light rail is emission free and sustainable and improves the local area.  National’s anti PT bias is showing.

Some of the media treatment of the issue is weird.  The Herald at the time of writing this post has the headline in its lead post “National slates Labour’s $680 million rail pledge” and the actual article on the policy third on the list.  Strange that the criticism should get priority placement.

Phil Goff has raised funding as an issue.  Auckland Council is strapped for funding and certainly the funding of Auckland’s share needs to be investigated.  A regional fuel tax could work.  Shame the Government is so diametrically opposed to one being reinstated.

The incident suggests that National is out of ideas.  Attacking a party for telling voters what it will do if it gains power is weird as is having no policy in response.

I suspect Curia has been urgently engaged to poll on the issue.  And someone deep in the Beehive is working on a National lite plan to try and accelerate the project just in case.