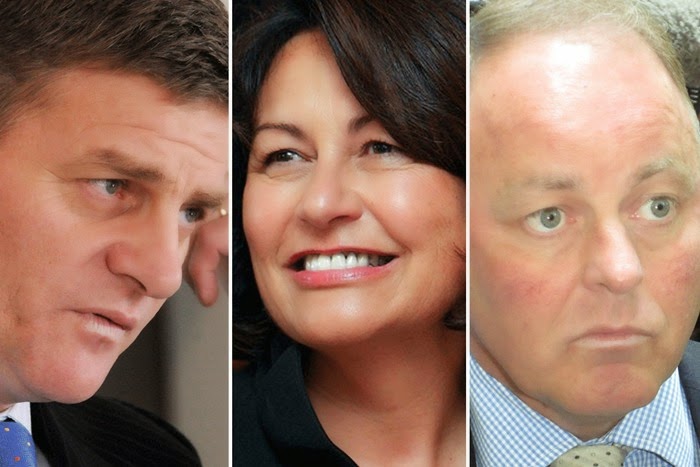 This National led Government is strong on ideology, weak on process and reluctant to accept responsibility. The Novopay debacle exemplifies all of these well.

When questioned about Novopay, National Ministers will never accept full responsibility. Initially the Government blamed Labour because they had employed Talent2 to develop a more sophisticated payroll system to the existing Datacom. This was a total cop out, because software and systems development is a fraught process and always involves a certain leap of faith. Labour’s initial agreement recognized this and included the need for testing and trials before implementation.

There is a long history of difficulties in implementing new IT systems within many government departments under both Labour and National. The most important element in introducing any new system is the management of the implementation and the ability to exit something that is unlikely to work before there are serious consequences. There are many historical experiences like the Police INCIS system that all Ministers should be aware of and contingency plans need to be made if things turn pear shaped.

Stephen Joyce has just announced that the Government will be taking over the management of Novopay after almost two years of stress and wide-ranging issues. Joyce was able to admit that the implementation issues were not all Talent2’s fault and that the Ministry had to share some responsibility. Cleverly, by blaming the Ministry he was able to shift the responsibility away from his cabinet colleagues and his own Government’s ideological interference.

From 2008 the National led Government was determined to introduce widespread systemic change to the way that our public education system has operated. This was entirely ideological because our education system was one of the highest performing in the world (based on international assessments) and other sectors and Ministries were in far greater need of support and change. My most read post The Destruction of New Zealand’s Public Education System (currently 33,000 views) documents the wider changes imposed on education, but I will focus on the particular elements that led to the Novopay mess.

National regarded the Ministry of Education as an overly expensive bureaucracy that needed trimming and cut its budget by $25 million (they gave private schools $35 million at the same time). This was done without any meaningful review and many experienced staff with useful institutional knowledge lost their jobs. New Ministry appointments after this time often did not always have education backgrounds or any experience of working in a school environment.

Ten months before Novopay went live the Government appointed Lesley Longstone to head the Ministry. Longstone was employed from the UK, she had no experience of the New Zealand education system and was obviously chosen because of her expertise in leading the introduction of Free Schools (the UK equivalent of Charter Schools). Longstone struggled in the role and was hardly the best qualified person to fix a ministry that had received one of the lowest ranking of all government departments when it was reviewed a few months earlier by the State Services Commission and the Prime Minister’s office.

The Ministerial Inquiry into the Novopay launch identified a long series of poor decisions and lack of robust oversight. The project was well behind schedule and little of the planned testing and trials had occurred. What tests that had been done had identified numerous faults and yet Ministers English, Parata and Foss were advised that what ever was wrong could be easily rectified after implementation. Very little had been done to prepare schools ahead and there were woefully few staff assigned to field questions and problems that may arise after launching.

The launch was an unmitigated disaster, around 8,000 errors were identified and schools and staff were left suffering for months with a totally dysfunctional system that overpaid, underpaid or didn’t pay at all. Help was almost non existent and many schools ended up paying staff from their own tight budgets and there was no system to return overpayments for many months.

In an effort to save money and implement a system before it was ready has ended upcosting the tax payer $110 million, according to Joyce. Knowing this Government’s manipulation of data it is likely to be much more, but even if we used this figure, that sum would have paid around 2,200 extra teachers for a year or almost 8,000 teacher aids.

Joyce and his colleagues have shifted the responsibility onto Talent2 and the Ministry for the huge waste of money and school disruption that has lasted two long years. This is disingenuous in the extreme and more passing buck that is common under this regime.

It was this Government and its Ministers that:

No matter what National and its Ministers claim, Novopay is largely their fault, and taking responsibility and making apologies are not what this Government does readily.