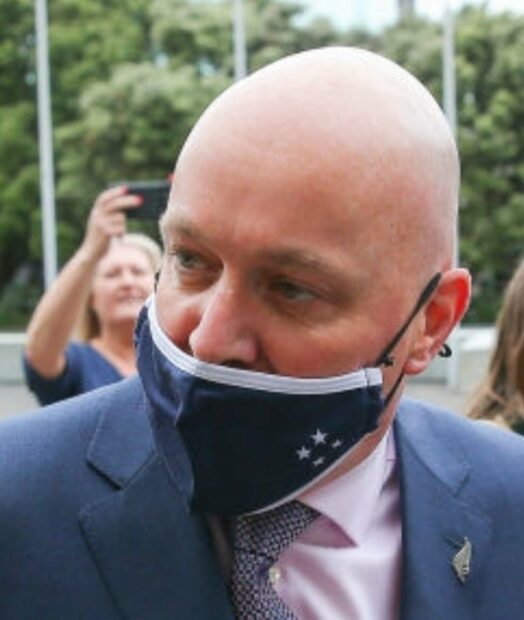 National’s brain trust must be worried.  Chris Luxon is developing into a rather negative and somewhat intellectually challenged leader of the opposition whose comments over time are proving to be all over the place.  These are not traits on which a successful campaign to take over the Government benches are built on.

Think I am exaggerating?  Well check the record.

His recent comments show that he has struggled to understand the Covid traffic light system even thought it is pretty simple.

In December 2021 he said that New Zealand should ditch the traffic light system and that with vaccination rates as high as they are, more freedoms should be allowed.  And that we should go to green.  This is what the Herald reported him as saying:

He tried to say that he did not actually advocate going to green and that it was the hospitality sector that said this instead but this is pretty weak.

Then on January 21 he said that he was unsure if shifting to ‘red’ is the right move in the event of an Omicron outbreak because the traffic light criteria was very confusing.  At the time Omicron was overwhelming our border defences such was its ability to spread.  Keeping the country in red brought us valuable time.

Then this week he showed that his understanding has not improved even though he has had six months to get his head around the system.  From Jamie Ensor at Newshub:

National’s Christopher Luxon continues to claim some COVID-19 settings are “very, very confusing” for people and the focus should be on ensuring New Zealanders understand basic health measures, like masks, vaccinations and isolation requirements.

Those are the three measures Prime Minister Jacinda Ardern has repeatedly stressed in recent days as actions Kiwis can take personally to protect themselves against the latest wave of COVID-19 spreading through the community.

Asked whether he believes masks should be required in indoor areas outside of the home, Luxon said it would come down to health advice.

“The bigger point for me is rather than get into all the ins and outs of where masks can or shouldn’t be worn, I want that advice to come through very, very cleanly and very, very simply from our health professionals and then we follow that advice based off the risk they are seeing.”

While the ‘orange’ settings lay out where masks are and aren’t required indoors, the Ministry of Health says that as a “general rule” people are urged to “wear a mask in public indoor settings outside the home and in poorly ventilated spaces or when it is hard to physically distance from other people”.

Luxon went on to say it was “interesting” that during a trip to Singapore, Ireland and the United Kingdom last week in “most of those places, we didn’t have a single COVID conversation”.

“In places like Ireland, there is no mask-wearing at all.”

The National Party leader said on Monday that the “rest of the world is moving on” when it comes to COVID.

How complicated are the rules?  Not very.

And you have to question everything else that he said. Along with the traffic light system he criticised other aspects such as the vaccine rollout, slow availability of rapid antigen tests, and MIQ and described them as a shambles.

This is like shooting fish in a barrel.  Last December Luxon said that Auckland had “some of the highest vaccination rates of any city on planet Earth” yet now he is describing the vaccination roll out as a shambles.  The much hyped rapid antigen test shortage turned out to be a figment of his imagination and MIQ kept us safe and is one of the major reasons that our death rate is still one of the lowest in the western world.

As for his comments that the world has moved on, the daily death count would suggest otherwise.

He has also recently suggested that nurses whose roles were terminated because they were not vaccinated should be allowed to return.  I prefer that my medical professional actually believes in the science.

His hyped up managerial speak may have worked for a while but it is clear that when interviewers ask him questions about the detail (hat tip Susie Ferguson) he founders.

The leader of the opposition has the toughest job in politics.  Weaknesses are identified pretty quickly and given the unrelenting attention paid to the job these weaknesses are tested thoroughly.

National strategists must be working on a Christopher Luxon 2.0.  Because version 1.0 has some pretty major bugs in it.

28 comments on “Luxon is still struggling to understand Mask rules ”