What can one say about Maurice Williamson. Is he really as much of a comedian as he appears. Well he pretty much had me in stitches of laughter yesterday morning heading to work.

I mean that it is good that he is looking at the downstream consequences before they arrive. But the examples he was using!

Mr Williamson says the printers are actually manufacturers of products and 3D computer files can be emailed or downloaded from the internet.

He says household printers will soon be able to produce drugs and weapons, and the country’s borders are extremely vulnerable.

“If people could print off … sheets of Ecstasy tablets at the party they’re at at that time, that just completely takes away our border protection role in its known sense.”

His contention is that with the development of 3d printers being so rapid, it isn’t going to be long before they become as ubiquitous as inkjets or laserjets in the hands of potential criminals (aka youth) who will be able to download sophisticated programs to attack him disrupt society. This shows a rather optimistic (ie fantastic) view of the capabilities of the devices, both current and into the foreseeable future. It also ignores that we already have equivalent technologies.

Weapons? The hardest part of any gun to make is  the barrel. This has to withstand the pressure of an explosion inside it for any chemically powered weapon. A gas powered weapon like a air gun is much the same albeit at lower pressures. If you get it wrong then you have a wee bomb in your hand. Sure in theory, a barrel could be made out of sintered metal powders. However the resulting barrel would scare the crap out of even a weapons freak like I have been over the years. Basically you’d want to fire it from remote control, even after it’d be tested many times.

And has Maurice Williamson looked at the costs of second hand CNC milling machines? They aren’t that expensive and they’re ideal for making gun barrels. They’ve been widespread in industrial and engineering plants since I was a kid and the name means “Computer Numerical Control“. In other words these days you typically download, modify, and install a program. Given some decent steel, you’d be able to roll out some pretty decent, cheap, and safe weapons just like a gunsmith I know.

Incidentally guns made out of plastic, wood, pipes, bamboo and many other materials has been around for a very long time. They have never been that popular because they are viewed by everyone who know weapons as being one-shots, and preferably fired from some distance away from our delicate bodies. Just like the glow of the Liberator 3D plastic gun, they are a interesting idea but bloody impractical for any purpose apart from posing. 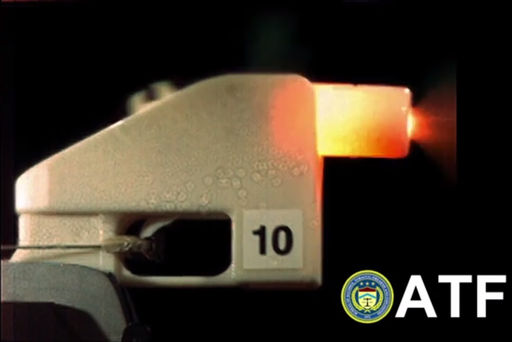 Or his example about drugs. Perhaps he should look at the do it yourself history of homebake in NZ.

Homebake can be manufactured from over-the-counter and prescription painkillers containing codeine, and was popular in the late 1970s to 1980s due to the crackdown on the heroin supply in this time period. It Is also commonly manufactured from morphine sulfate tablets as the morphine to diacetylmorphine reaction is much more simple than the codeine to morphine process. Clandestine drug laboratories established to homebake heroin have existed in New Zealand since the 1980s

This was eventually dealt with was with careful control of the active ingredients. Now if you look at the chemistry of MDMA, the active part of the drug Ecstasy:

Safrole, a colorless or slightly yellow oily liquid, extracted from the root-bark or the fruit of the sassafras tree is the primary precursor for all manufacture of MDMA.  There are numerous synthetic methods available in the literature to convert safrole into MDMA via different intermediates.

Relatively small quantities of essential oil are required to make large amounts of MDMA. The essential oil of Ocotea cymbarum typically contains between 80 and 94% safrole. This would allow 500 ml of the oil, which retails at between $20 and $100, to be used to produce between 150 and 340 grams of MDMA.

This does suggest to me that there is a much simpler route to control of ecstasy in NZ – the homebake style of control of the precursors. Typically most precursors require a pretty horrendous chemical transformation to be useful. MDMA for instance:-

For those who didn’t have to suffer through university level organic chemistry (not my favourite subject), there are some pretty serious chemicals used in that synthesis. Each of which can be disrupted in the supply chain.

In theory of course a sufficiently advanced “printing” technology could assemble molecules from elemental atoms. But the probability of anything being capable of actually doing that at a reasonable cost within the next few generations is complete fantasy (probably drug induced).

Most drugs are the same. The active ingredients are usually derived from the natural world which is a lot further on than humans in how to assemble complex chemicals relatively cheaply and at low temperatures and pressures.  Having a drug in a refined form and merely printing it onto a substrate implies that the drug has already been manufactured or imported. Customs and other law enforcement should probably concentrate on those happening.

For that matter, in some ways it is harder to produce good ammunition than it is to produce guns. Perhaps customs and the police should look at how to improve border control on those.

The same thing applies for producing stem cell or cloned cell tissues, one of the more interesting technologies being explored with 3d printers. While it is tempting to consider creating some extra brain tissues to replace those already lost by decayed brain of Maurice Williamson. That too appears to be a long way away.

If you know where you are looking on the net and in the printed literature, you can find just about everything you need to do most things that are known technology already. You could even when I was a kid in the 60s using the Auckland War Memorial museum library to find out all of the interesting techniques used in guerilla warfare in World War 2.

But the really scary thing about this proposal is what Gareth Hughes said on frogblog:

The amazing thing is, Toby Manhire is probably right, it is terrifying he is one of the most qualified people in National to comment on tech issues.

Sure Labour politicians are, in my experience, an interesting mix of being either pretty damn technophobic or having an inept over-enthusiasm for it. But I get the impression that they’ve done some study and thinking on most tech areas I raise with them. However it’d be pretty clear to everyone who has followed 3D printing over the last decade that Maurice Williamson, National’s version of a techhead, appears to be clueless on it.