National will distort MMP for its own benefit, again 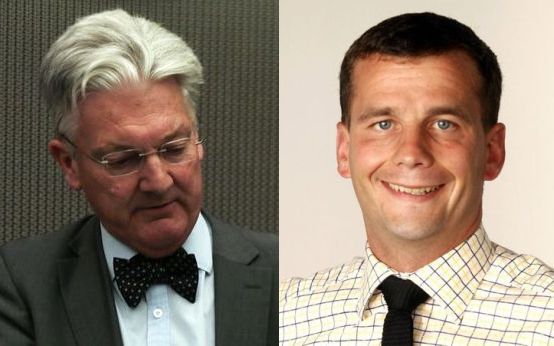 Another election campaign and two more deals have been done which will allow National to distort proportionality under MMP to gain an advantage. In the last two elections this distortion was vital and it may be that these deals again will have a significant effect on who forms the next Government.

National has again announced that it will extend life support to two puppet parties who apart from this arrangement would not have parliamentary representation. From the Herald:

Prime Minister Bill English has today confirmed National’s intention to work with United Future and the Act Party in September’s election – encouraging his party’s supporters to vote for David Seymour and Peter Dunne.

“We are encouraging National supporters to give their electorate vote to Act candidate, David Seymour, in Epsom, and United Future candidate, Peter Dunne, in Ohariu – and their party vote to National.

“To be clear, we want to increase our party votes in those electorates and that’s what our National Party candidates will be working hard to do.”

English said he had already made it clear that if National is re-elected his preference is to continue working with Act, United Future and the Maori Party.

No matter how you dress this up the announcement shows that National is willing to rort the electoral system.  Last election ACT received 0.69% of the party vote but thanks to the deal it has 0.83% of the votes in Parliament.  United Future is even worse.  It only received 0.22% of the vote but its voting strength in Parliament is nearly four times this.  And the deal sidesteps the clear intention that under MMP a party should not be represented unless it achieves 4% or more of the party vote.

The figures may appear to be small but just think of the number of divisions that have passed by only one or two votes.

It is interesting that National has not endorsed the Maori Party candidates.  Perhaps they believe that the Maori Party is terminal, thanks to its continued support for National during the past three terms.

At least this time we are not going to be put through the charade of who is having cups of tea with who.  I guess there is less chance of damaging comments being accidentally recorded that way.

80 comments on “National will distort MMP for its own benefit, again ”