Winston Peters has named the person he says leaked his super details. Has ACT joined National in doing Dirty Politics?

David Seymour’s Private Member’s Bill on euthanasia is back for debate in Parliament. Maggie looks at one of the great social issues of our time.

The End of Life Choice Bill

We recently got the first reading on the End of Life Choice Bill, which aims to create a controlled regime for euthanasia. What are the pros and cons of the Bill?

Peters has hardly cleared his throat yet and he’s already clearing out Nats and their proxies. Seymour, Eagleson, Carter – Peters won’t be stopping there. Bill English will agree to anything to cling to power. Peters is already enjoying humiliating him in public.

Spare a thought for ACT and David Seymour

David Seymour and the ACT Party are back in Parliament but their role this term will be nothing other than nodding lap dog.

For progressive Epsom voters the best way to change the Government may be to give your electorate vote to Paul Goldsmith.

One of the dafter myths about the current burgeoning immigration industry is that we need skilled immigrants for the construction industry. As usual the talkback idiots are wrong. We don’t get many. We need more. We need to get rid of the migrant dross to get them. A Kiwibuild quota is a good idea.

Act has announced a policy that would undermine current protection given to the Waitakere Ranges.  If it gets a chance … 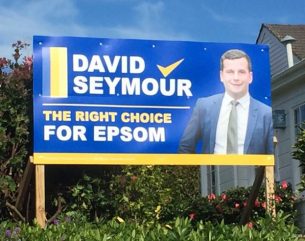 National will distort MMP for its own benefit, again

Without a cup of tea in sight National has announced that it will asking supporters to vote for Act leader David Seymour in Epsom and United Future leader Peter Dunne in Ohariu.

David Seymour is the smeghead of the year

David Seymour has managed to make the most stupid statement by a politician this year, and it is only just over half way through. 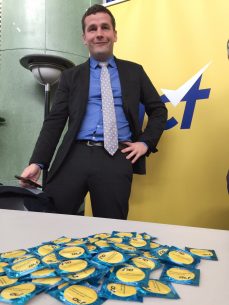 ACT’s David Seymour thinks that poor people shouldn’t be allowed to have kids. If that sounds familiar it should – the Nats have said more or less the same thing over the years.

Following the selection of David Seymour’s private member’s bill euthanasia will be debated this year in Parliament.

Each in its own way a masterpiece character study.

Dick of the year

Yesterday, on International Women’s day David Seymour chose to attack Metiria Turei for what she was wearing.

Charter schools are fiddling their results. Just another example of the way that education for profit is all about profit, with education hardly getting a look in. All of National’s ideological interventions in education are failures.

New Zealand is a socialist nirvana *

* at least according to David Seymour.

Charter schools showered with even more money for missing their targets. Something to do with forests, apparently.

David Seymour will at ACT’s conference today outline why ACT and not the Greens is the real environmental party.

A review of some commentary about the leak of information from the Bain compensation claim report includes a comment from David Seymour which is surprisingly good.

John Key has announced that there will be a minor cabinet re-shuffle. Could this mark the return of Judith Collins? If so, what does this tell us about how the post-Key National Party will look?

Over the next two weeks Kelvin Davis and supporters will be going a Hikoi through the North to publicise the curse of sexual violence and to get more men to speak out against it.

ACTing all surprised about it

ACT’s David Seymour is acting all surprised about the damaging consequences of right-wing policies. It’s like he’s seeing the world for the first time.

The wisdom of David Seymour

David Seymour’s maiden speech must be a front runner for most unusual Parliamentary speech this term and it has only just started.

If ACT were made up for a show like “The Thick of It”, or “Veep”, they would be dismissed as too ridiculous and extreme for the audience to swallow…

NRT: A model for unaccountability

The Act party, well known for rorts, dodgy deals, general corruption, and the poor calibre of their candidates, is doing it again. National gave their single novice MP an “under-secretary” position to allow Act to rort extra money from taxpayers. It also provides him with a position that is wholly unaccountable to parliament or the public via OIA.

There is a rort being negotiated in Parliament that will cost the thick edge of $1 million a year. Where is the Taxpayer’s union on this?

Paul Goldsmith and the bag of flour

Yesterday TV3 on the Nation hosted a debate between the candidates for the Epsom seat. Unbelievably National’s Paul Goldsmith did not show up. Labour’s Michael Wood produced a bag of wholemeal flour and has promised to take this bag to every public event and to put it where Goldsmith should be every time he does not show up. I suspect we are going to see this particular bag of flour a lot …