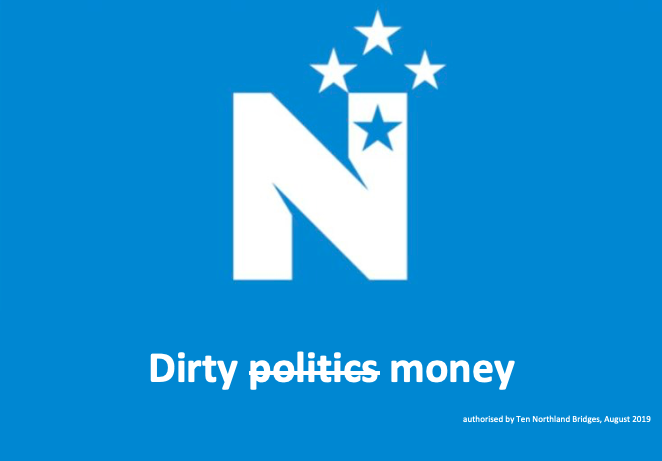 Today we may know the identities of three of the four people charged with illegal partitioning of the loan to National.

The disclosure that there is a second donation that was partitioned makes you wonder if this is a serial problem for National.

I thought I would have a look at recent donation returns and yes it appears there is a pattern of unusual donations happening.

So the big donations were slightly more than the small donations.

By comparison in 2017 National declared $1 million in donations over $15k but a whopping $3.5 million in donations up to $15k. Either they ran a prodigious number of cake stalls or there is something disturbing in this result. The SFO charges suggest that at least $100k should be transferred from the latter category to the former category.

In 2018, a non election year, Labour filed a more modest return. It received $69,000 in over $15k donations from two donors, Jacinda herself and Robert Smellie who I have met and who is a thoroughly decent person. Labour declared a total of $105k in the up to $15k donation category.

That year the Greens declared $555k in donations over $15k again from their MPs and also a generous woman called Betty Harris. They declared a total of $48k in donations under $15k.

By comparison National’s was eye watering. The party declared a modest $95k in donations over $15k but a staggering $647k in donations under $15k. Again at least $100k should be transferred from the latter category to the former category.

I have not analysed NZ First’s returns for obvious reasons.

It appears that National has this down to a fine art. Why let pesky reporters dig into the identity of donors when with some well judged partitioning their identity can be hidden?

The solution is simple. All donations over $1,000 should require the donor’s identity to be disclosed. It would be easy for the parties to adapt to this, the information has to be collected anyway to ensure the combined totals of donations from individual donors are reported properly.

Alternatively we could have state funding of political parties. Have a pot of money to be distributed in accordance with agreed criteria then get rid of the effect of private donations.

Disclosure: I am a regular donor to the Labour Party. I also donated to the Greens $1,500 last election.

Update: The four accused have been named.

Former National MP Jami-Lee Ross is one of the four men charged by the Serious Fraud Office in the National Party donations case – alongside a Chinese community leader who reportedly gave $100,000 to the party, and two others.

Name suppression for Ross and his co-accused Zhang Yikun, Zheng Shijia, and Zheng Hengjia was lifted by the Auckland District Court on Wednesday afternoon after the latter trio applied to end the secrecy. Ross’ lawyers did not object.