National’s latest line is that interest rates have doubled under Labour, with the implication that National would magically lower inflation (while simultaneously pouring more money into the economy through lower surpluses) so rates would fall. But, as with so much National says, a quick look at the record reveals the lie. 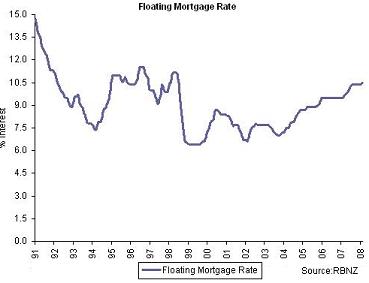 When Labour came to power the floating mortgage rate was 7.3%, today it is 10.5%. If that’s John Key’s idea of doubling, it’s surprising he survived two seconds as a money trader.

This interest rate line is just another example of Key’s slipperiness. National’s record on interest rates is worse, their policies are inflationary, and they have no plan on how to bring interest rates down. Key knows that but he’s hoping you won’t think about that.