But that’s not the only bad news for the embattled Bridges; at 8% each, either the Greens or NZ First would be both able to form a two party Government with Labour.

That won’t happen, of course, because Labour are committed to continuing the current three party arrangement. It will, however, make cross party discipline easier to maintain in the next government (Shane Jones, I’m looking at you).

No preferred PM poll, but the YouGov alternative is ‘favourability’. Ardern wins hands down, and her deputy PM also outscores the bumbling Bridges. 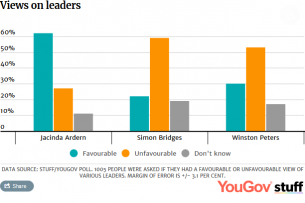 The big questions for National remain. When to get rid of Simon Bridges and who to replace him with? 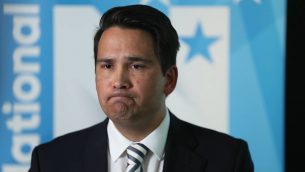