National Ltd™ sponsors and corporate scum, Talleys, have been found to have broken the law – again – and fined record $144,000 by the Employment Relations Authority.

The Authority’s decision relates to the Talley-owned, AFFCO-managed, South Pacific Meats company’s systematic and on-going refusal to comply with the law permitting Union access to workers.  This is the third time South Pacific Meats has been found to have broken the same law at its Burnham and Awarua processing plants. The company was also found to have unlawfully imposed preconditions on wage and conditions negotiations. 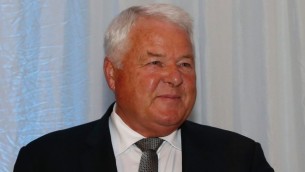 But wait – there’s more! Another similar case is currently working its way through the system after mediation failed. The case goes back to June last year when two workers were effectively sacked after being seen on cameras in their smoko room reading Union material and posting it on a noticeboard.

For the Talley family, $144,000 is nothing, but the fine will sting because the Authority has ordered that it be paid to the Meat Workers Union.

Whether or not the Union eventually receives the money is another matter. Andy Leanord from AFFCO told Radio New Zealand’s “Check Point” last night that SPM denies having broken the law and is currently “considering its options”. Given the Talley’s long-term, well funded, well-connected, and brutal efforts to deny workers their human rights, this may well mean that the Authority’s decision will be appealed.