Our boat is faster than theirs

In the wake of the astounding victory of the NZ team in San Diego, Scott at Imperator Fish offers these words of sage advice. He has kindly given us permission to syndicate posts from his blog – the original of this post is here. 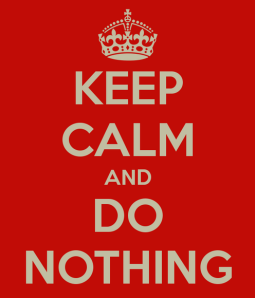 The latest two political polls have revealed that Labour and the Greens will win the next election.

I’m always a bit cautious about political polls, but two polls in a row? That’s a major trend.

And even if the next Roy Morgan poll (which must be due out soon) shows a dip in Labour’s fortunes, two polls out of three is still a trend.

But that’s not what the Roy Morgan poll will say. Labour down? Won’t happen. Can’t you feel it? The electricity? The excitement? These two polls confirm what everyone I know has been telling me. Pretty much every Labour and Green person I’ve spoken to has told me they’ve had it with John Key.

In the coming weeks and months we’ll be told by our leaders on the left that there’s still much work to be done, that polls go up and down, and that we can’t afford to get ahead of ourselves.

Well they’re wrong, of course. It’s in the bag. I’m so confident that we’ve got it won that I can’t really see any more point in offering my services to the Labour Party, at least until after the election. Why waste all that energy when there’s no way we can blow it from here? They won’t even need people like me to stick flyers in letterboxes, and I really can’t see the party bothering to put up any hoardings during the election campaign. I may even urge people to vote National, just to give the suckers a fighting chance. The poor bastards.

It’s a wonderful feeling, knowing that the only question now remaining about the next election is how much we’ll win it by.

If you had asked me a couple of weeks ago what our chances were I would have been pessimistic. I would have pointed to the Labour Party’s astonishing ability to turn victory into defeat, and I would have scoffed at any prediction of Labour victory in 2014.

But not now. This is different. All the stars are in alignment. Everyone now loves Labour. They can do no wrong. The Labour caucus is filled with lovely and remarkable people. I may even learn to love Clayton Cosgrove. Come on, Clayton, give us a big hug! Aw, you too, Trev!

So please, party activists, stop wasting your energy. It’s won. No, really. Look, if you will insist on changing the world then why not rescue some distressed animals, or donate blood? It’s won, and you’re starting now to look like a bit of a try-hard. Don’t you think all your earnest efforts are getting a bit embarrassing?

27 comments on “Our boat is faster than theirs ”