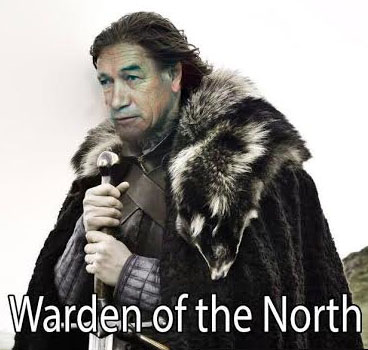 I have changed my mind.*

I advocated previously for Northland Progressives to support Willow Jean Prime.  While she is still deserving of support I now think that strategic considerations make the defeat of National of utmost importance and, dare I say this, Winston winning is the only realistic prospect.  The train wreck that is National’s campaign and deepening discontent with the government has made what was completely impossible now a distinct possibility.

A National loss would cause all sorts of ructions.  Historically it would be one of the most significant changes in political fortunes ever.  It would be the equivalent of Labour losing the seat of Rongotai.  Last election the only Labour seats with candidate majorities greater than Mike Sabin’s in Northland were Mangere, Manukau East, Mount Albert and Rongotai.  Imagine the feeling if Labour lost one of these seats.

If I was a Northland voter this weekend I would go to my local polling booth, get my voting paper, go to the voting area, do a sign of the cross, tick Winston, say three Hail Marys, put my voting paper in the voting paper box, ring Willow-Jean and apologise to her and promise practical support for her next Local and Central Government campaigns then retire to the pub and drink strong spirits and watch the results come in.

This would be worth it because if Winston wins then I look forward to watching the look on John Key’s face as he is interviewed and asked what went wrong.  Even Key with his considerable smarmy uber confidence bull$&!t skills would not be able to handle this result and the National Party buzzards who insist on success no matter what would start circling.

And then suddenly Resource Management Act changes, free trade agreements, the Sky City Convention Centre and a few other important matters would be live issues.

New Zealand needs people of the calibre of Willow-Jean Prime in Parliament.  Our country’s future depends on it.  But I hope Winston wins on Saturday.

May God have mercy on my soul …

*No Labour MPs or senior party figures were consulted in the writing of this post.

Update:  And former Labour Cabinet Minister Colin Moyle has had a similar experience …

Colin Moyle beat Peters in Hunua: now he's voted for him, a day he never thought would come.

166 comments on “Peters for Northland ”