A One News Colmar Brunton poll last night has National on 54 per cent, 19 points clear of Labour. A Three News TNS poll has National with a slimmer lead – 51 to 36 – but still well ahead.

Well I doubt they enjoy being behind but this can hardly be a surprise for Labour – with The Herald waging war over the EFB as well as continued fallout from a variety of issues. So National’s looking to govern alone but would anyone really want them to?

It seems to me that their leader, for all his style, is still a policy lightweight – having handed off all of the hard stuff stuff to Bill. Key’s job of late has seemed to consist mainly of tours around the country smiling for photo-ops, shaking hands, and kissing babies, broken up only by the demands of a staring role in a Hollywood-style promotional video, short on substance and unanimously panned by the media.

I suppose he’s thinking ‘stick with what you’re good at’ but I’m not sure the electorate will fall for it forever – particularly as scrutiny is brought to bear as the election approaches.

Whenever the Nats have released policy this year it’s been a fiasco and the public has been left with the uneasy feeling that there may be more going on behind closed doors than Key is letting on. English has mused about cuts to super, Ryall accidently let the cat out of the bag on uncapping GPs’ fees, and Key has been evasive over his policy on asset sales.

Given National’s sustained series of policy gaffes so far I’m betting that Labour’s not writing off its chances just yet. 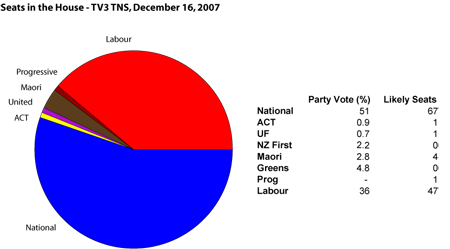 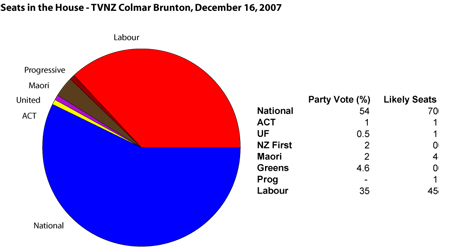