Submissions for the final report on the Electricity Price Review closed today at noon.

My recent experience with Genesis Energy reveals pricing by power company majors not only rips customers off, but is immoral.

The initial report of the EPR is unlikely to address this issue.

My enlightening experience began with Genesis informing me late last year that the pricing regime applying to my account was being “reviewed”- ie the gas price was being hiked to $0.0809 cents per kWh from $0.0483 – a 67% hike.

When I wrote to Genesis to tell them I thought the hike was outrageous, especially considering my electricity bill had gone up 14% over the last year, and that I would be “reviewing” my relationship with the company, I received an email from the Genesis “movers team” offering me a new contract at the old price.

Only because I am the sort of person who roughly knows my way around systems was I able to get the price hike revoked (though I wasn’t smart enough to stop Genesis hiking my electricity price 14% in 2017 when the inflation rate was under 2%).

When I asked for an explanation of how, suddenly they were able to offer me a new deal at the old, much lower rate, I received this response: “The reason why you (sic) rates were increasing in price as those are our non-contracted standard rates. With (sic) accepting out (sic) eSaver contract, we were able to fix your rates onto our lowest regional rates available.” 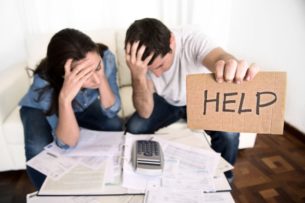 The question is: what happens to people with less ability to push back? Essentially we have a system where the vulnerable end paying higher power prices than the less vulnerable.

Exploitation of the vulnerable also happens via the widespread practice of prompt-payment discounts, which Genesis still operates. These can be as high as 26% of the bill. Budgeting and advocacy groups say those discounts are really late-payment penalties. The discounts again favour those in society who are organised and have the wherewithal to always pay on the due date.

This unwelcome practice was highlighted in the current industry review that came about as a result of NZ First’s decision to go with a Labour-led government.

Meridian Energy responded to the review’s recommendation to end the practice by giving everyone the discount rate, at a cost of $5 million to the company. Those of Meridian’s 18,000 customers who will no longer be penalised for paying their bills late will save around $20 to $30 every month.

The review’s initial report highlighted the market has developed into a two-tiered beast between those who shop around to enjoy the benefits of competition and those who do not and pay higher prices.

Genesis, known in the jargon as a gentailor (because it is generator and retailer), is the largest electricity retailer, with around a quarter of the electricity market and 40% of the gas market. The 51% government-owned company is the third largest electricity generator. It was formed as part of the 1998–99 reform of the New Zealand electricity sector, taking its one generation capacity from the breakup of Electricity Corp of New Zealand (ECNZ). In April 2014, the National Government sold a 49% stake at $1.55 per share (today $2.68, and that is another sordid story).

Since deregulation of the energy sector began, households are paying 80% more for power today than in 1990, after adjusting for inflation. It is estimated about 103,000 households spent more than 10% of their income on domestic energy – a situation described as “energy hardship”.

The first stage of the industry review was delivered in September. According to Energy Minister, Megan Woods, “the report is a clear demonstration that the market is not working for everyone. New Zealanders deserve affordable electricity, but too many households are struggling to pay their bills.”

In her news release, Woods alluded to the problem identified in my pricing “review”.

“For residential customers it appears that a two-tier retail market is developing. People who actively shop around enjoy the benefits of competition, and those who don’t are stuck with prices.”

The average gap between what you might be paying, and the cheapest on offer, has increased by about 50% since 2002.

“The review has found that some households struggle to understand the various plans and how to choose the one that’s best for them, and low-income consumers miss out more often on prompt-payment discounts – which can be as high as 26 per cent of the bill, and which budgeting and advocacy groups say are really late-payment penalties,” Woods said.

According to the review, electricity prices have essentially stabilised since 2015. (That clearly did not stop Genesis hiking my price by 14% in 2017.)

Stabilisation has resulted from people shopping around when confronted with a hike. The industry is plagued by very high rates of “churn”, where customers jump from retailer to retailer to avoid the kind of hike Genesis tried to push onto me. That trend is encouraged by public campaigns such as “What’s my number” and pro-market advocates would argue that this shows the market is working.

Acquiring new customers by providing incentives, or by knocking on their front door until they jump ship, is expensive and is again essentially paid for by vulnerable customers. Estimates range from $200-300 to acquire a new customer up to the thousands that Z Energy recently paid for Flick in its desperation to diversify.

In August, all the big retailers, except Meridian, lost customer connections. Contact Energy reported the largest loss of more than 3700 customers, although 2000 of those were due to the Auckland Council moving to Trustpower. The biggest gainers were the Tier Two retailers – Electric Kiwi, Pulse Utilities, Energy Club, Switch Utilities, Ecotricity, Nova and Flick Electric.

Customer churn can also be very disruptive to power companies. Flick lost 3,500 customers in two months following wholesale power price spikes in October. Companies are aware of the dangers of large-scale customer loss and price their offerings according. So we all end up paying for this churn, but generally some pay more than others.

Simon Louisson is a former reporter who worked for The Wall Street Journal, AP Dow Jones Newswires, New Zealand Press Association and Reuters and as a political and media adviser to the Green Party

43 comments on “Power pricing not just a rip-off, it’s immoral ”