The size of the job in front of new Tory leader Judith Collins is laid bare in the latest Roy Morgan poll. 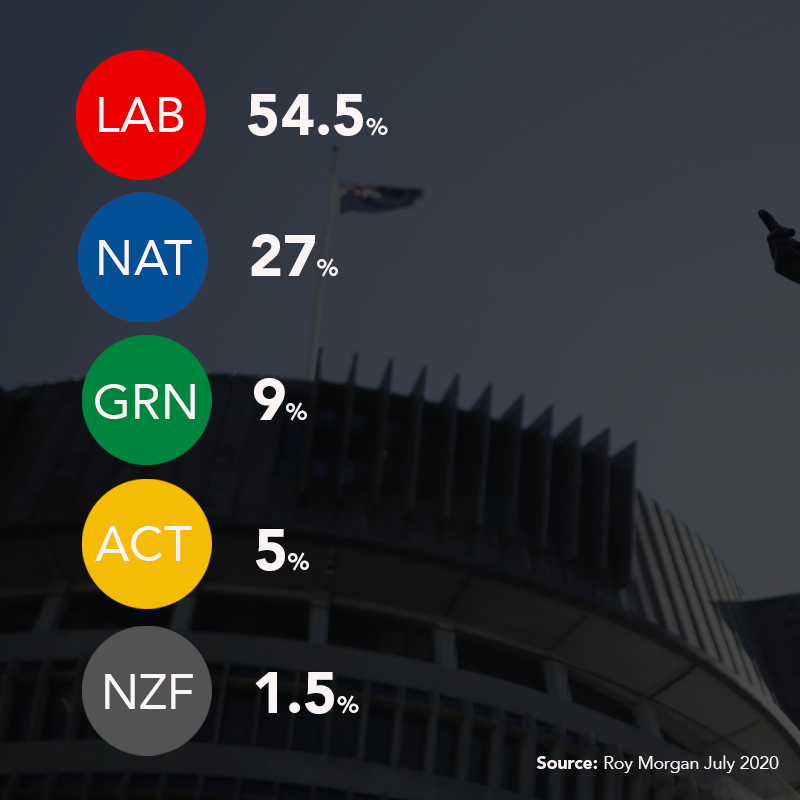 Labour would win a comfortable outright victory, and with the Greens added, the Government would be returned with around 75 seats. And that’s without NZ First making it back to Parliament, so win/win!

The gap between the opposition and the Government is massive; 32% vs 65%.

The Morgan poll also notes strong support for the Government in Consumer confidence and in the ‘Right direction/Wrong direction’ poll.

All in all, a very satisfactory place to be for Labour and the Greens. National would need to lift at least 15% to even dream about winning power.

There’s nothing to suggest the tired team of Collins and Brownlee will make that much of a difference in the short time remaining till election day.