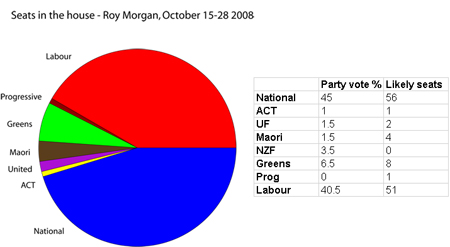 “The vote for the Labour Government has surpassed the 40% mark for the first time since January. Conversely, the vote for John Key’s Nationals (45%) is at its lowest level since March.

The media will no doubt focus on the two-horse race between National and Labour, but on these numbers it’s a clear left majority.