Saudi Arabian authorities have cleared up the mystery around the disappearance of journalist Jamal Khashoggi.

It turns out it was suicide by bone saw. 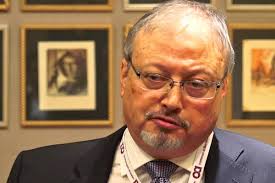 According to spokespeople for Crown Prince Mohammad bin Salman, Khashoggi, a 59 year old bespectacled academic, started a fight with 15 armed security people inside the consulate. During the fight, it appears his arms and legs fell off in the manner of Monty Python’s black knight.

Still, the good news is that the Saudi version of events has been assessed by the only expert that matters and found to be “credible”.

The Saudi’s have said that they have disciplined the team involved and some have lost their jobs. This is a step too far in my opinion. Surely a final warning and a letter of expectations would have sufficed?

Still none of this matters because thanks to the Saudi right wing we have learned that Khashoggi was a radical in his youth and has hung out with some really uncool dudes from time to time.

So, don’t spare another thought for Jamal Khashoggi.