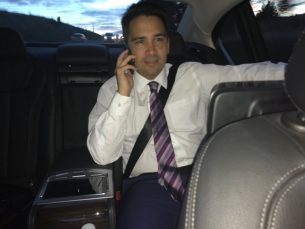 Simon Bridges is back in the news with the usual rhetorical innuendo and histrionics. Oh, how much I have missed him in the last couple of weeks.

He posted a cunning photo on Facebook captioned Labour’s Car Tax – new vehicles. I thought this was a Government proposal led by Associate Transport Minister Julie Anne Genter who is from the Green Party!? Oh, there she is, in a video on Simon’s Facebook page 😉

Of course, the photo shows the absolute maximum fees on brand new vehicles; the highest fees on imported vehicles would be $1,500. Of course, no mention of the discounts of up to $8,000 nor the fact that the proposed fees and discounts only apply to cars that enter NZ for the first time and not to second-hand cars that are already in the country.

Setting aside the big numbers, the true cost here is the extra few grand a Mum and Dad with three kids will pay for a used seven-seater van, just so a banker can buy a cheaper Tesla.

You’ll have to read the whole press release to enjoy the full rhetorical artistry of it. 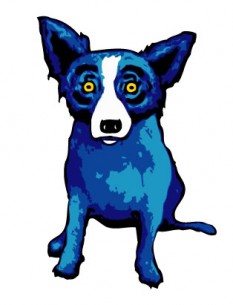 I do not know of many families with three kids who buy a brand new seven-seater van from the dealer nor do I know any banker with a Tesla. However, cars costing more than $80,000 are not eligible for discounts and given that the most basic version of the Tesla Model 3 will retail for $74,960 and be available from August, one can imagine that by 2021 it will be over $80,000. So, no discount for the poor banker – apparently, they are chauffeured around anyway if they work for ANZ.

National supports greening the vehicle fleet through incentives, not penalties. Our policies saw the number of EVs on our roads jump from 1406 in May 2016 to 14,867 in June 2019.

Nicely worded, but who will pay for those “incentives” if it is meant to be “revenue-neutral”? That is still only a tiny fraction of all vehicles.

All the rhetoric aside, National has even provided a helpful spreadsheet with calculations. Now, I am certainly no expert but a few things jump out immediately. Under National’s only scenario for change, they assume a 100% increase in demand at the lowest CO2 band and a fixed 10% decrease across all other bands. Surely, one would expect a more progressive change in demand in favour of the lower CO2 bands and thus lower fees.

The other assumption they make is that the total number of imported vehicles over the projected period 2021-2025 inclusive is the same as over the 2018/19 period. However, the size of the so-called “light fleet” has grown at a rapid rate over the last few years, partly driven by high net migration.

Lastly, National’s analysis shows its narrow-minded and parochial tunnel vision by treating NZ in isolation. It fails to account for the fact that other countries, including Japan, are leading the way in cleaning their fleets. Thus, over time, the imported cars into NZ will be cleaner and fall progressively more into the lower CO2 bands.

However, I expect not much change from Simon Bridges and National and they will continue to bark at every passing car, especially the green ones. 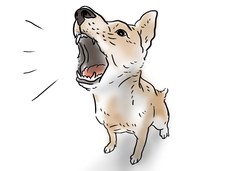