The Nats are going to miss the only target they ever cared about hitting:

Deficit a bitter pill for Government

The Government’s flagship economic promise has been holed and is in danger of sinking after Treasury forecast a deficit this year – and with doubts over a return to surplus even in 2016.

It must have been a bitter pill for John Key and Bill English to swallow, after running the promise since 2011 and even claiming on the election stump the books were back in surplus.

This is a short term fiasco. The damage caused by all the slashing and burning is so unnecessary. We would have been in surplus years ago without the Nats’ 1.5 billion dollar a year tax cuts for the rich.

This is a long term loss, as National have failed to “rebalance the economy“, leaving us far too dependent on international dairy price fluctuations.

(Moreu in the Timaru Herald:) 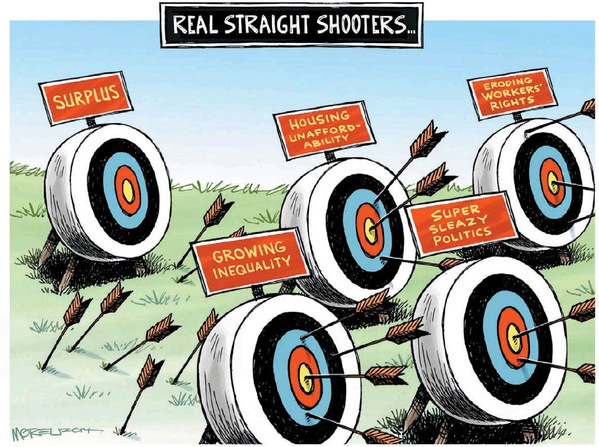