Still not sure what anything National says means?

Bill English has finally committed the Government to doing something about Child poverty.  But why has he and National taken so long?

It is very heartening to see Kiwis rejecting National’s tax cut bribe (and English’s arrogant debate rhetoric) – in favour of supporting each other and backing Labour’s policies for a better NZ.

An attempt to gag emergency housing providers got quickly withdrawn when Checkpoint started making enquiries. Given this government’s record, it’s not beyond the bounds of possibility that there will be further attempts to shut down bad news.

QC describes Pike River mine as a ‘homicide scene’

On Checkpoint Nigel Hampton QC described the Pike River mine as a ‘crime scene’ and a ‘homicide scene’, and he questioned the motives of those rushing to seal the mine. 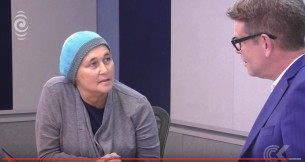