America has a question.

One of Simon Bridges’ caucus supporters has raised the possibility of a leadership coup. Let’s hope not, people!

In the one month since Jacinda Ardern became leader… 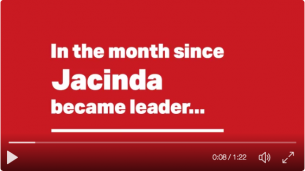 Don’t expect the impossible of Ardern

I enjoy a ray of hope as much as the next leftie, and Jacinda Ardern is off to an incredible start, but let’s not burden her with impossible expectations.

The Ardern effect – and why this leadership change was different

With donations and volunteers flooding in, I think it’s fair to say that reaction to Jacinda Ardern has exceeded all expectations. Why was this leadership change different? Two reasons…

Changing leaders this close to an election was a political gamble for Labour, but it has already paid off. The commentary is almost universally positive, the reviews for Ardern are glowing. Donations are flowing in. Activists are energised and people are talking.

The livestream is over. A very impressive performance from Jacinda Ardern.

Andrew Little has stepped down – expects Jacinda to replace him. 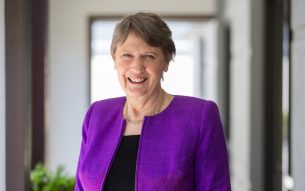 Bill English has failed his first test of real leadership. Compare and contrast, English and Little’s responses to the Muslim ban.

Update: The image is Emmerson’s take in The Herald.

Robertson: Lessons from the Future of Work Commission

Robertson: “What is the economic paradigm that will meet the challenge of world of less secure work, more automation?”

So Jeremy Corbyn’s leadership has been openly challenged.

National’s only idea this term has just been shot down by the public. Meanwhile Labour has been thinking about the future and the issues that confront NZ.

Labour’s Future of Work Conference is under way. There is a page with information and live stream here.

Looking to the future – planning to adapt and protect people – this is work a government should be doing. In this case, a government in waiting…

Fear is a Man’s Best Friend

It’s been an intense day or two for Andrew Little. But he’s still feeling better than John Key. Why? Because Key’s got the fear.

Plenty of distractions in the political circus at the moment, but meanwhile…

According to a new poll, Corbyn appears very electable indeed, despite more squeeling from Tony Blair and the right wing establishment of UK Labour.

Win or Lose: This is Labour

Some people have suggested that the more progressive parliamentary elements of the left are done and dusted. I’m not so sure…

Helen Clark in the news

A couple of good pieces on Helen Clark recently, on global challenges and on UN leadership.

Its 100 days since the NZ Labour Party elected Andrew Little as its leader. What an inspired decision that has turned out to be! Little has galvanised the party, united the caucus and looks set to be the next PM. How has he turned Labour around?

Green Party announcement – Russel Norman to stand down as leader

Twitter has gone berserk about an announced Green Party press conference for 11 am today. Initial speculation is that a Green MP may be standing down. Update: One News has tweeted Russell Norman has resigned as leader. Update: Russel’s Norman’s statement added.

On the unruly parts of the Labour caucus

It has been disappointing in the last few days to see the lack of respect that some of the Labour politicians on the right of the caucus have for the policy of restraint requested by the party. It appears they see themselves to be above such restraints.

I’d like to say thanks to the Standard for hosting me today. I’ve always enjoyed robust political meetings and I’m a firm believer in fronting up and answering the hard questions. Labour is a great party. Our movement’s values are values that New Zealanders share – we’re a party and a nation that believes deeply […]

At 3pm on Sunday, Andrew Little will be on The Standard for discussion with questions from our audience of ardent left-wingers, greens, those who are just interested, and the odd troll with a fenestration obsession.

A Little Goes A Long Way

Finally confirmed as a Labour List MP, Andrew Little is mulling over a tilt at the leadership. This is good news for the party. Cunliffe is a busted flush and Robertson is too bland to win voters back. Labour needs a circuit breaker. A Little may go a long way.

Ok, I’m very pleasantly surprised. David Cunliffe has made a very interesting choice for chief of staff. Based on what I know about the task, she looks like a damn good fit for the role. In fact I’m just surprised that he managed to attract her at all for the thankless task.

I’ve always thought that the Chief of Staff role should be exercised by someone who was more managerial and staff orientated rather than being deeply embedded in the political game.

The simmering leadership struggle in the National party doesn’t get a lot of attention in the mainstream media, but here’s an exception. Judith Collins will not be pleased.

I didn’t see Key’s Q+A interview on Sunday, but it seems to have been an interesting one. Speculation about the leadership of the Nats appears to be growing.

A stronger mandate for the Labour leader?

A Labour Party member writes, praising Labour for the new democratic reforms, and calling for David Shearer to submit his leadership to the new Party selection process: “David Shearer, you need a mandate from this new organisation, not a prop-up from the shards of the old one.  Give us this chance to really unite behind you, or your successor, and give you the backing you surely will have earned”.

David Shearer’s speech to conference was everything that it needed to be – and more. The headlines will be about KiwiBuild, as they should be, it’s a stunning policy. But just as important for the future of the country is the strong commitment to active government.