The link between tax havens, criminals and the amoral rich

What the Panama Papers expose, and what John Key and his supporters, fail to grasp, or wilfully 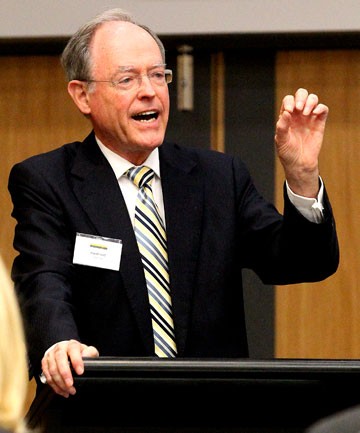 won’t grasp, is that there is no possible justification for tax havens.

Key quibbles about whether New Zealand is a tax haven, but his government set up a regime via a minor rule change in 2011 that opened the floodgates to criminals, oligarchs and the mafia as well as the plain wealthy, using a zero rated tax regime for foreigners.

This regime allows foreigners who register entities here to legally pay no tax on earnings outside New Zealand and disclosure rules are so poorly drafted, possibly deliberately, that they may as well not exist.

It allows companies and trusts to be shrouded in secrecy via nominee companies run by firms such as Antipodes Trust Group, run by Key’s “lawyer”, Ken Whitney, and Bentleys New Zealand, the local arm of Panama law firm Mossack Fonseca, whose leaked files are now the focus of a global scandal.

Key might not accept it, and he can spin all he likes by saying that because Nicky Hager is involved, it is just a Left Wing conspiracy. But in anyone objective person’s books, New Zealand is a tax haven.

“It looks likes one, it smells like one, and it’s been used as one, then to all intents and purposes it is a tax haven,” Green Party Co-leader James Shaw said.

Former Reserve Bank Governor who is also a former National Party and Act Party leader, Don Brash, told The Standard, “if we were setting up a system that allows people to evade tax, that would be wrong.”

“The Panama Papers issue is either illegal, or verging on illegal, it’s tax evasion, rather than tax avoidance,” Brash said.

“It seems to me that people involved in Panama structures are almost certainly trying to evade tax and I think that’s entirely reprehensible.”

Brash said everyone has to pay their fair share of tax. “I myself would never attempt to hide anything in a tax haven. There is an ethical question.”

“If we do have a tax haven here, I’d be very unhappy. What’s going on in Panama seems entirely inappropriate, if not criminal. If that’s what’s happening, and New Zealanders are playing a substantive part in that, then that’s reprehensible. “

Brash, who has previously chaired four national committees of inquiry into tax matters said that if the zero tax regime for foreigners was doing damage to New Zealand’s reputation, “it isn’t worth 25 million bucks. But I don’t know how much damage it is doing.”

That begs the question as to why New Zealand has not just tolerated the establishment of the current tax regime, but actively facilitated it and supported it.

Key claims the $25 million in fees gathered by accountants and lawyers who administer these schemes are the justification. But surely, that is not worth sullying New Zealand’s “100 percent pure’ low corruption/high transparent reputation that is worth megabucks?

A recent story about HSCB bank, one of the world’s largest and murkiest banks, by International Consortium of Investigative Journalist (ICIJ), which has been given full access to the Panama Papers, shines light on the intersection of international crime and legitimate business.

Secret documents obtained by ICIJ via French newspaper Le Monde, reveal that HSBC profited from doing business with arms dealers who channeled mortar bombs to child soldiers in Africa, bag men for Third World dictators, traffickers in blood diamonds and other international outlaws. As well as Hollywood stars, monarchs, political leaders, businessmen and women, every kind of low life imaginable is in the files.

The leaked files, based on the inner workings of HSBC’s Swiss private banking arm, relate to accounts holding more than US$100 billion.

“The documents… show the bank’s dealings with clients engaged in a spectrum of illegal behavior, especially in hiding hundreds of millions of dollars from tax authorities,” ICIJ states.

Tax havens such as Niue, the Cook Islands and New Zealand also play a vital role, but it less important, as they can be relatively easily replaced by new havens, such is the simplicity, of setting up havens. Once the cash has been washed and laundered and declared ‘tax paid” via such havens, it can be stashed with more security and legitimacy in Switzerland.

The Mossack Fonseca files reveal what is so great about the New Zealand tax haven is its reputation as a good and clean place to do business.

The great thing about New Zealand, Mossack says in its promotional material , is that New Zealand has a reputation for its transparency and fiscal compliance. It is member of the UN, the OECD, IMF and belongs to the British Commonwealth.

The HSBC documents show celebs of all kinds including soccer and tennis players, cyclists, rock stars, Hollywood actors, royalty, politicians, corporate executives and old-wealth families held accounts in its Swiss private bank and many made special trips to Geneva to withdraw large wads of cash, sometimes in used notes.

The files also document huge sums of money controlled by dealers in diamonds who are known to have operated in war zones and sold gemstones to finance insurgencies that caused untold deaths.

How the offshore banking industry shelters money and hides secrets has enormous implications for societies across the globe.

Academics conservatively estimate that US$7.6 trillion is held in overseas tax havens, costing government treasuries at least US$200 billion a year.

That would pay for an awful lot of taxes that the likes of you and I have to pay.

French economist Thomas Piketty, author of Capital in the Twenty-First Century, told ICIJ: “The offshore industry is a major threat for our democratic institutions and our basic social contract.”

“Financial opacity is one of the key drivers of rising global inequality. It allows a large fraction of top income and top wealth groups to pay negligible tax rates, while the rest of us pay large taxes in order to finance the public goods and services (education, health, infrastructures) that are indispensable for the development process.”

The secret files obtained by ICIJ — covering accounts up to 2007 associated with more than 100,000 individuals and legal entities from more than 200 nations — are a version of the ones the French government obtained and shared with other governments in 2010, leading to prosecutions or settlements with individuals for tax evasion in several countries. Nations whose tax authorities received the French files include the U.S., Spain, Italy, Greece, Germany, Britain, Ireland, India, Belgium and Argentina.

A US senate investigation in 2012 found that HSCB had lax controls that allowed Latin American drug cartels to launder hundreds of millions of ill-gotten dollars through its US operations, rendering the dirty money usable.

Later in 2012, HSBC agreed to pay more than US$1.9 billion to settle U.S. criminal and civil investigations and entered into a five-year deferred-prosecution agreement. The beauty of such settlements from the bank’s perspective, is that its dirt is never aired in public.

As well as high profilers such as Tina Turner and the late David Bowie, the reporters found the names of current and former politicians from Britain, Russia, Ukraine, Georgia, Kenya, Romania, India, Liechtenstein, Mexico, Tunisia, the Democratic Republic of the Congo, Zimbabwe, Rwanda, Paraguay, Djibouti, Senegal, the Philippines and Algeria, among others.

None of this will come as any great surprise. Nor is it certain that having such an account, guarantees you are involved in dirty business. But there is certainly a smoking gun as to why you would use such an account.

In many ways, the most instructive comments on tax havens come from Mossack Fonseca principal Jurgen Mossack, who gave the most extraordinarily revealing interview to Pacific journalist Mike Field as far back as 2000, when he was already on the case and reprised recently in The Spinoff.

He told Field his business involved people “trying to avoid paying taxes in their home countries,” and it was all legitimate because it was avoidance, not evasion.

The OECD was using money laundering as a pretence to go after tax, he claimed.

“If OECD countries want to be serious about unfair tax competition they are going to have to close down their own operations first.”

The tiny state of Niue, population 1,100, where Mossack Fonseca set up in 1996 with thousands of clients, was not useful for criminal money laundering, because Niue had no actual banking system, he said.

Mossack correctly noted that money laundering via states like Nauru could only be done with the complicity of the world’s big banks such as HSBC because they have no proper banks for safely holding money.

Field has reported that vast amounts of Mexican drug money was laundered via US-based banks using shell New Zealand company fronts, mostly set up by father and son operation Geoffrey and Michael Taylor, who have registered a huge percentage of companies registered in New Zealand.

“Every operation of that scale needs the intervention of the big international banks,” Mossack told Field.

“When they see an unusual operation they must know it, and if they then continue the business it is because, either they are not interested in the morals of the story, or they see it as good business to continue these operations.”

“If you have figures of that sort… then the international banks know what they are doing.”

But according to Key, it’s all okay.

162 comments on “The link between tax havens, criminals and the amoral rich ”