The political machinations of the flag debate 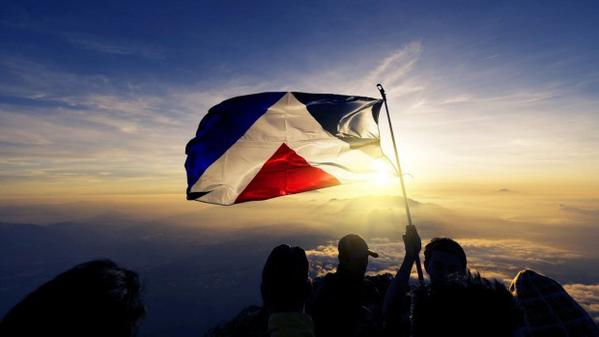 Don’t get me wrong. Some of my best friends are Green and if I did not have so much Labour DNA in me I would probably have joined the Greens. But I wonder if their deal with National this week over Red Peak was a good thing to do.

On Sunday this week the referendum was toast.  Key’s refusal to even sit down with Labour and discuss the issue even though Labour said there were no preconditions seemed reckless and belligerent in those circumstances.

The figures were pretty clear.  After seeing the alternatives only 25% wanted to change the flag and 69% wanted to keep the current flag.

Then Monday morning there was this seemingly bizarre performance by John Key while being interviewed on Morning Report.

Guyon Espiner put it to him that on the basis of the 3News poll the referendum was doomed.  Key said that it was a tough ask but the question posed was not sophisticated and that if you asked a more sophisticated question the result was different.  He also said the number opposing change was falling.

He was asked about the four options but talked about granularity and a granular breakdown.  He said there were lots of people who were thinking about it.  He did not think the referendum was a dog.

Obviously National’s polling has been checking all of the nuances of the issue.  And the granularity he talked about may have been what would happen if Red Peak was introduced into the mix.

He was asked if Red Peak would make it on the ballot.  He said not unless Labour was willing to give it a fair go.

I suspect that Key already knew about the deal the Greens had offered.  I understand that Labour found out on Tuesday that the deal had already been done.  I wonder if the deal had been concluded by Monday morning.

What is in it for National?

It gives the process more credibility.  At the time it looked like the whole process had been a stitch up so that somehow Key’s preferred choices were the front runners.  Having Red Peak amongst the choices suggests that more points of view were being represented.  It will also increase the chances of the referendum passing.  If you have the chance to support what clearly is a popular flag but another flag is more popular then the prospects of you voting for change increases.

What is in it for the Greens?

They get to show they have the power to effect some change.  But the impression that they have been played by National is strong.  Labour offered Key a no conditions meeting which he refused.  Fair enough that the Greens put the Red Flag bill up but agreeing not to vote for Labour’s very sensible proposal that there be a vote on holding both referenda at the same time was a dead frog they should have refused.

Who benefits from this?

Clearly John Key if this means that the chances of the referendum improves.

Do the Greens benefit?

I don’t think so.  I have seen considerable online opposition to what happened.  Essentially the Greens have helped Key get out of a difficult situation.  And if the end result is that one of Key’s preferred flags gets passed there will be a lot of toldyousos being said.

I cannot at this stage seeing Red Peak winning, much as I hope it will.  Conservative voters will avoid it like the plague and the chances of one of the silver fern flags coming through what is a preferential vote must be significant.

Danyl McLaughlan wondered why Little did not offer Key what he wanted.  The answer is Little pretty well did but Key was never going to agree to an arrangement that would provide Little with any mana.  Instead Key chose to misrepresent Labour’s position.  The chances of a good will agreement being reached were minute if not nonexistent.  Letting Key play favourites amongst the opposition parties is not helpful.

By itself, putting a motion to include the Red Peak is not the main issue.

The issue is (a) They did it secretly with Key behind Labour’s back (b) Blind sided Labour (c) Gave a helping hand to Key to get out of the muck that Key created himself (d) Promised Key that they would vote against Labour’s proposed Y/N amendment. What was the need for that? What game are the Greens playing here? (e) Enabled Key to play the Greens against Labour (f) Helped Key to falsely paint Labour as the bad guys (g) Put Labour and Little in a bad spot (h) Greens played dirty politics here to make the masters of dirty politics look good.

I disagree that this is an example of dirty politics but I agree with the other comments.

Five days ago the flag referendum looked dead in the water and a major embarrassment for National.  Now I am not so sure that it will fail.  But I don’t think the Greens will achieve what they hoped to achieve.

276 comments on “The political machinations of the flag debate ”