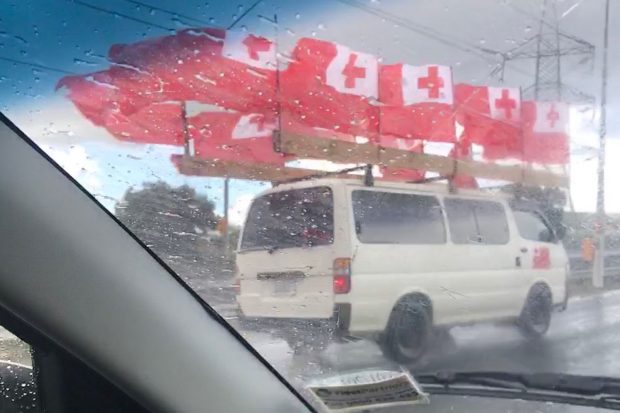 Congratulations to Tonga for making the semi final of the World Cup and deservedly beating the Kiwis in round robin and for beating Lebanon in the quarter finals.  Congratulations also on having the most passionate fans.  The sea of red seen at the venues brought a tear to my eye!

It is good to see the formerly termed minnows playing so well.  It is also really good seeing professional players turning their backs on huge game payments so they can represent the country of their birth or ethnic origin.  Andrew Fifita for instance who was selected for Australia and could have earned $20,000 per test match and a winning bonus of $50,000 opted instead to play for Tonga and earn $500 per match.

There is a proposal to pay all teams in the World Cup the same amount.  What a great idea!  How socialist!

I think they should go full hog and make the World Cup similar to State of Origin although it appears the contest is heading this way albeit slowly.

Meanwhile the Kiwis received a blast from a number of fans for some pretty ordinary comments made after their second loss.  I think the reality is that they were outplayed by more passionate and dedicated teams and this is something that money cannot cure.

And there has been a beat up about claims of lawlessness in Otahuhu.  The claims are very neatly skewered in this article by Leah Damm who lives in South Auckland.  The article is a really worthy read.  She concludes by saying this:

It seems to me that New Zealand wants the talents of Pacific people to help win rugby games, but are reluctant to have an honest conversation about biases in the media representations of Pacific people, and how these narratives give oxygen to people eager to call us violent thugs and “apes”.

In the meantime, if there happen to be more celebrations in Ōtāhuhu this weekend (and I suspect there will be, win or lose), I am more than okay with hanging out in Ōtāhuhu with my three-year-old so she can wave to the revellers she calls Supermen.

Best of luck to Tonga and Fiji in the semi finals.