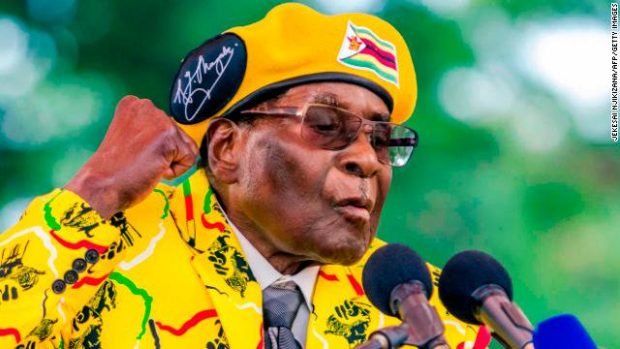 Robert Mugabe has refused to stand down during a recent televised speech despite conjecture suggesting that he would.

Zimbabwe’s President Robert Mugabe defied expectations he would resign, pledging to preside over a Zanu-PF congress next month even though the ruling party had removed him as its leader hours earlier.

Zanu-PF sacked Mr Mugabe as leader and appointed vice-president Emmerson Mnangagwa, who was fired by Mr Mugabe two weeks ago, in his place.

The party gave Mr Mugabe until noon on Monday local time to resign as president, or face impeachment.

In a televised address from his official State House office, Mr Mugabe referred to a “range of concerns” expressed by citizens.

He said his meetings with military commanders had underscored the need to collectively start a process that returned the nation to normalcy.

Mr Mugabe said the pillars of state had remained functional.

Despite expectations he would step down, Mr Mugabe simply ended the speech with “I thank you, and goodnight”.

Mugabe’s history as leader shows the worst of the effects of colonialism on Africa’s history.  An indifferent and racist minority regime is overthrown by an indigenous war of liberation but then the leaders installed showed a level of violence, lack of respect for human rights and greed that is legendary.  And the level of nepotism is high with Mugabe attempting to line up his wife Grace Mugabe as the next leader.  Grace’s only capability appears to be an ability to spend prodigious amounts when shopping.

South Africa under Nelson Maldela’s leadership was different although it too seems to have gone backwards with current President Jacob Zuma having something of a colourful background.

Things can improve for Zimbabwe.  But it will require better leadership than that which Mugabe has provided.