The trouble with polls 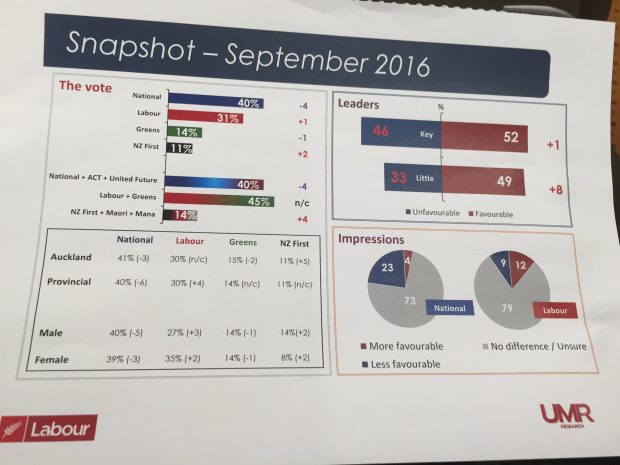 So yesterday’s Colmar Brunton poll result was not the best and allowed for Government cheerleaders such as Matthew Hooton and Phil Quin to trumpet that all is doom for the left.

This result certainly matches my impression of politics lately.  The Government has had a shocking time and there is a real sense of anger and loss in how our society is changing.  It also matches my personal experience.  I have been talking to a lot of people lately and they have been very keen to talk to someone wearing a Labour rosette and they are concerned with the way that things are going.

The UMR has a reputation for producing results which do not vary wildly and show consistency.

This is unlike some of the other polls recently reported.  For instance in the latest three Roy Morgan polls National dropped 2.5%, surged 10%, then dropped 7%.  And the Greens went down 2.5%, up 3% and down 3%.

It may be possible that National’s support has increased but I doubt it.

Maybe they are relying on continued feelings of wealth generated by an out of control Auckland housing market the effects of which are now rippling through the country.  We are all rich!  At least those of us who are older and who own property.

This perhaps highlights the dilemma for the Government.  If they don’t do something then there will be continued misery and the threat of an almighty crash as a major correction occurs.  But if they do something they will puncture the feel good value of having your real estate increase in value by significant amounts regularly.

186 comments on “The trouble with polls ”