What is wrong with postal voting? 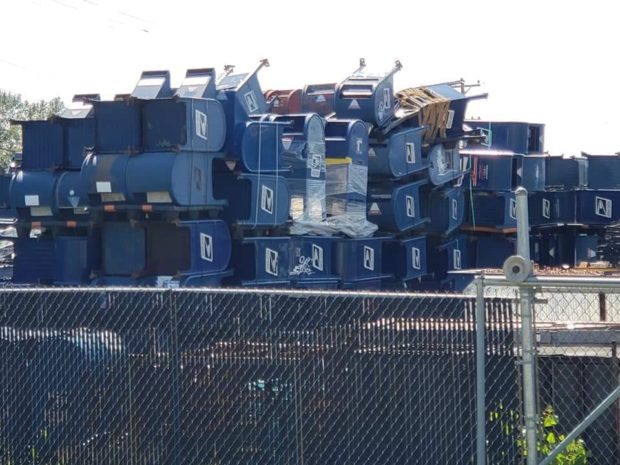 We are entering into an interesting 24 hours.  Jacinda Ardern is to announce tomorrow morning if the election is to be delayed.

Should the country just get on and hold the election and decide who is going to make decisions for us in the next three years or should we delay it?

National has offered to cooperate in the delay of the election.  Clearly it thinks that a delay should occur.  One wonders if this is related to its really bad polling.

And it is also still smarting from not being in power and trying to appear to be relevant.

Historically we let everyone front up to a voting booth on election day and record on bits of paper who they think should be their local MP and in their Government.  Now we have a situation where having lots of people show up to a voting booth at the same time may not be such a good idea.  So we need to decide on alternative methods or delay things, just in case.

Alternative methods seem fine.  The past few elections has seen more and more people cast their vote early.  Why not continue with this trend?  And why not have a diversity of methods of making sure that kiwis democratic preference is recorded?  Postal voting can already occur, why not make it more prevalent.

This is where it gets awkward for National.  Their recent comments makes them sound rather Trumpian.

Because over in the States Donald Trump is also attacking the use of postal voting.  And he is doing his best to stuff up the UPS such is his concern that letting as many Americans exercise their democratic rights as possible will throw him out on his ear.

From the Daily Mail:

President Trump has warned that the 2020 presidential election will be a ‘fraudulent mess’ and Americans ‘will maybe never know who won’ if they are forced to submit their votes through the mail.

Trump continued to cast doubt on the mail-in voting process in a series of tweets Saturday morning as he responded to reports of fraudulent ballots that were uncovered during a recent local election in New Jersey.

The article said 20 per cent of mail-in ballots in Paterson had been rejected after some were found to be linked to out-of-towners or dead residents.

The report was tweeted by GOP national spokeswoman Elizabeth Harrington who accused Democrats of tampering with ballots in New Jersey and other states in recent elections.

‘The Democrats know the 2020 Election will be a fraudulent mess. Will maybe never know who won!’ Trump said in response.

The president has been a frequent, fervent critic of mail-in voting which he claims leads to election fraud – a claim fiercely disputed by critics and even his own party, which fears losing votes if its supporters do not mail their ballots.

Mail voting is expected to surge to 50 per cent as the coronavirus pandemic rages ahead of the November 3 election.

Mother Jones has the detail behind the incident:

As the novel coronavirus pandemic raged, New Jersey Gov. Phil Murphy mandated that elections would be conducted entirely by mail. According to the Washington Post, local officials mailed ballots to all eligible voters, and some of those ballots were improperly delivered in some large apartment buildings. Rather than blank ballots being delivered into individual boxes, some were left outside of the boxes.

Some of those ballots were stolen, and then campaign workers for a city council candidate filled them out for preferred candidates and affixed images of signatures they’d gathered from past petition drives to the ballots. The ballots were then bundled and put into a mailbox in hopes they’d eventually be counted.

The four men alleged to be involved in the scheme were caught after a postal worker saw 347 mail ballots bundled together in a local post office and decided to take a closer look. That review led to more scrutiny of all of the ballots, leading to 3,274 being rejected by the local elections board. Election officials determined that roughly half the ballots eventually rejected had signatures that didn’t match a voter’s signature on file, and others were rejected because a portion of the envelope requiring a signature from the person who submitted the ballot was not filled out (New Jersey law allows people—”bearers”—to let others submit their sealed ballots on their behalf, but the bearer can only submit three ballots not their own and must sign the outside envelope).

So what the national Republican official and the president are pointing to is a system that caught alleged misbehavior: Postal workers noticed problems leading to the local election officials reviewing ballots and finding other apparent problems. The situation does highlight some problems with mail voting in elections, the Post noted, many of which trace back to insufficient voter education on the part of election officials. Nationwide, nearly 319,000 mail ballots were rejected in the 2016 election, a separate Post analysis found, representing about 1 percent of all mail ballots during that election.

Trump has been busy such is his concern about postal voting.  He has appointed a major donor Louis DeJoy as head of the Postal Service.  DeJoy’s only qualification, apart from being a donor, appears to be that he holds significant investments in competitors which place him in a direct conflict of interest.  But such things do not matter in Trump’s America.

Already steps have been taken to dumb down the service.

Photo taken in Wisconsin. This is happening right before our eyes. They are sabotaging USPS to sabotage vote by mail. This is massive voter suppression and part of their plan to steal the election. pic.twitter.com/QXLWGIHTrz

Getting your mail delivered promptly is bad because it takes profits away and because it allows people to exercise their democratic rights.  And, I am sure you will be shocked that this is the case, Trump’s position is hypocritical because he recently asked for mail in votes for a Primary in Florida.  From Vanity Fair:

According to the Palm Beach Post, the president and his wife, Melania Trump, this week requested mail-in ballots for the upcoming primary in Florida, their adopted home state. Asked about the blatant hypocrisy Thursday, Kayleigh McEnany, his press secretary who has voted by mail nearly a dozen times in the past decade, attempted to draw a distinction between absentee voting and the mail-in voting that’s expected to surge in this pandemic election. “I’ve voted absentee. The president has voted absentee,” McEnany told reporters. “He’s always been for absentee for a reason. What he’s not for is mass mail-in voting.”

National’s insistence that New Zealand is not ready for an election is bizarre.  Judith Collins is getting media space day after day to claim that she is not getting sufficient media space.  This is more than a little bizarre.

And National’s advisors are making similar sorts of noises to their Trumpian comrades.

On Wednesday Judith said this (from Politik behind the paywall):

I know that New Zealanders would not accept a postal ballot as a valid form of democracy, exercising their democracy … [i]n one of the oldest democracies in the world where we take voting very seriously and even though we do not have compulsory voting, we still are noted as having some of the highest rates of voter participation; this is not something that should be left to a postal vote.”

Unless there has been an overwhelming rejection of the results of local body elections, and there has not been, Collins’ claim is bunkum.  The pity is that she appears to say anything just on this side of the conspiracy dividing line to try and gain power.  New Zealand deserves better.

73 comments on “What is wrong with postal voting? ”