What should Labour do in the next three years? 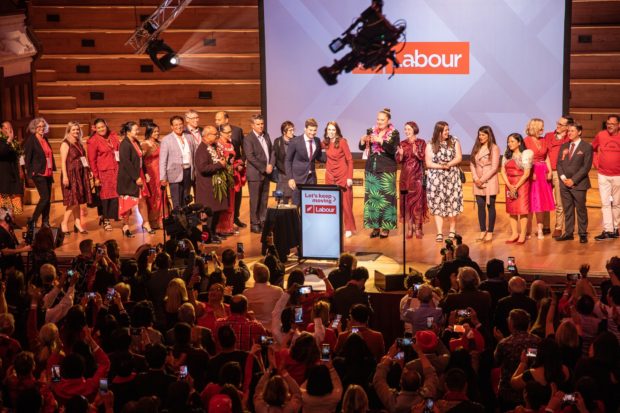 Final results are still pending and I will stick to my prediction that Labour will pick up Whangarei on specials and a further list seat entitlement.  But the form of the next Government is clear.  Which opens up the question, what should Labour do in the next three years.

The coalition agreement is simple.  Here it is.  It is the party’s policy platform, endorsed by the party’s membership and approved in the election by the country’s voters.  A majority of MMP eligible votes have been cast in favour of it.  And the platform has a lot in common with Green Party policies, particularly those concerning the environment and support for struggling families.

There is an overwhelming mandate to address climate change, which truly is our nuclear free moment.  And a lot of work is required.  When you think of what has to be achieved in transport alone if there are no new petrol cars coming into the fleet by 2030 then we have to get moving.  Quickly.

To all of the MPs can I suggest that the Wellington focussed activities are not an optimal use of your time unless you are a Minister.  Especially to new electorate MPs can I suggest that you set up your electorate offices as soon as possible.  Plan school visits.  Work out the 100 most important community leaders and meet with them, whether they be Councillors or local board members, the chairperson of the local Rugby League club, the President of the RSA of the president of Play Centre.  New Zealand is a small place.  Build and cultivate those links and networks.

And this is especially important for our ethnic MPs of which there is a gratifying large number.  Their role should be to organise regionally as opposed to seat by seat.  National’s disaster of a result and its refusal to put ethnic candidates in winnable list positions has meant that it is now a very stale looking party, not reflective of the diversity of our country.  We should take advantage of this.  Our inclination as progressives is to be warmly supportive and welcoming of ethnic diversity.  We should continue to build and cultivate the party’s relationship with the many and diverse ethnic communities.

This will pose problems for new MP Vanushi Walters who is the holder of the Upper Harbour seat as well as being the country’s first Sri Lankan MP.  If I was a whip I would be giving her as much release time as possible so that she can be active in her communities.

The process of Government needs to be simplified and can be simplified.  For Ministers they have an opportunity to get things done more quickly.  The hand brake is gone.  And the country has delivered the mandate.  Let’s do this.

One thing that is almost unspeakable right now but Jacinda Ardern will not be around for ever.  She has already established herself to be one of our great Prime Ministers but I am sure that she is thinking of a life after politics.  Succession planning should not be a taboo subject.

This post is a quick collection of thoughts on a Sunday morning.  What should Labour be doing in this term?  Hit me with your thoughts.

74 comments on “What should Labour do in the next three years? ”