Who will be Wellington’s next Mayor? 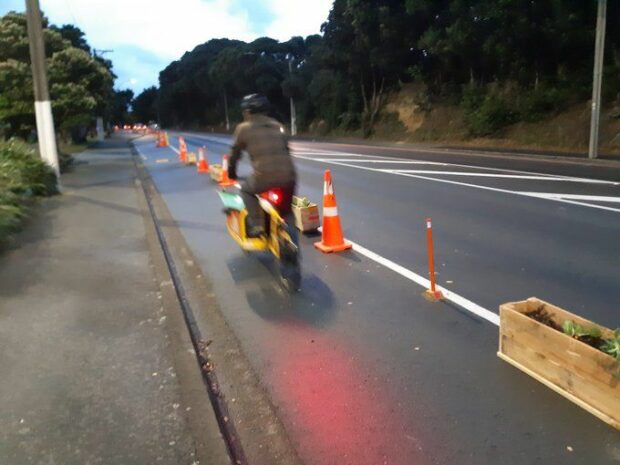 This is shaping up to be an interesting election.

There are eight candidates for Wellington’s mayoralty this year.

Andy Foster is running again.  His last campaign was bankrolled by Peter Jackson and he spent close to the limit of $60,000 on campaign expenses.

Sitting mayor Justin Lester only spent $20,000.  I thought he was good but it really appears that he took the election for granted and paid the price.  Hat tip to all candidates, never ever think you have it in the bag.

Lester won the mayoralty in 2016 in a close election with former Porirua Mayor and Labour Party member Nick Leggett, who showed his commitment to Porirua by deciding to run for the Wellington Mayoralty.  Reading this article caused me to smile.  Leggett criticised Lester for spending such a small amount when Leggett in the election before spent $125,000 and lost to Lester.  Leggatt’s subsequent switching of allegiances was National’s loss and Labour’s gain.

Andy Foster appears to be very unpopular.  He has struggled to form a coherent view of the city’s future and has been attacked repeatedly by different Councillors.  I am pretty sure he will need a new job in this October.

Which leaves the question, who will be the next Mayor?

Wellington Labour’s preference is Paul Eagle.  He was previously a City Councillor and knows how the city works.

His list of supporters are centre of the road sorts.  For his campaign launch as well as Wellington Labour figures Nick Leggatt showed up as did right wing Councillor Diane Calvert.

And Eagle’s policies are very centrist.

He wants to go back to basics and reprioritise expenditure to support his version of the three r’s that he calls the four p’s, pools, pipes, potholes and playgrounds.  He wants master planning of the city and the libraries to be open on Sundays.  He likes cultural events.  He wants to “create a world-class arts precinct that connects our key cultural venues – from the Embassy, the new convention centre Tākina, the St James, Opera House, Gryphon Theatre, the Michael Fowler Centre and the Town Hall. The precinct will boast a dedicated walkway that tells the story of these venues and of our city.”

He also wants to “deliver on Te Ngakau Civic Square by leveraging private sector expertise and using the City Development Authority to enable mixed use in the Square, with retail, hospitality, offices and apartments to complement civic uses.”  It is not a simple job to allow commercial interests to inhabit public spaces without detracting for the public nature of the space.

From what I can see his website does not mention climate change once.  Which is interesting.

What is also interesting is his views of cycleways, describing Wellington City as having an unhealthy obsession with them.

The Greens are pinning their hopes on Tory Whanau.

Her initial message from her website is in stark contrast to Eagle’s.  It says this:

We need a more connected, compassionate, inclusive and equal Wellington, where people have access to warm, dry, and affordable housing and high quality free public transport.

We want our local businesses to thrive, and ensure our hospitality and retail industries get back on their feet.

To do these, we must make bold decisions now.

Her views on cycleways are also in stark contrast to Eagle’s:

All Wellingtonians deserve safe and accessible transport options, regardless of the way they choose to get about our city. For decades the car has dominated our transport planning. Gridlock is all too common on our streets. More roads can’t fix this – only a shift to enable more public transport and a comprehensive connected bike network can help people get where they need to go more quickly and safely.

The election system is STV and this can cause unusual results.  Second preferences can be really important.  It appears that Eagle is in a good position to gain preferences from the right, Whanau should clean up on the left.

I can’t claim to know any of the other candidates.  One of them, Barbara McKenzie supported the Trump rioters and thinks that the Covid vaccine is dangerous.  She also supported the Wellington Parliament occupiers and thinks that Significant Natural Areas are a communist inspired attempt to gain control over private land, not an attempt to preserve invaluable local ecology.  The only thing dangerous would be if somehow she gained power although thankfully the chances of this happening look remote.

Although the Mayoralty is important the make up of Council can be just important.  Like the rest of our cities Wellington has eight years to dramatically reorientate itself to make it more sustainable.  Vote wisely.

24 comments on “Who will be Wellington’s next Mayor? ”