Why National had to settle the Pay Equity case 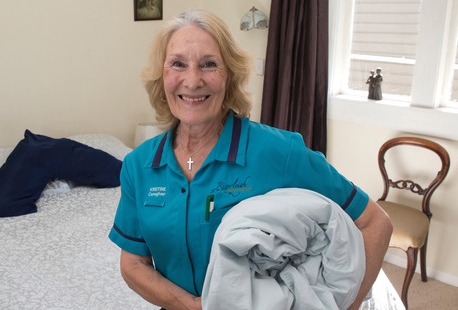 As reported by Anthony Robins yesterday the Government has flipped on the pay equity issues raised by the case of Service and Food Workers Union Nga Ringa Tota Inc v Terranova Homes and Care Ltd. The case started five years ago when Kristine Bartlett and the Service and Food Workers Union lodged a claim against her employer the basis of which was that she was working in an industry dominated by female workers and because of this she was being paid less than she would have been if the industry had equal numbers of male and female workers. From this you can understand how significant the case was and why the claim, if successful could have major repercussions on many industries.

As summarised by the Court of Appeal in its decision:

The case has potentially far-reaching implications, not only for the residential aged care sector, but for other female-intensive occupations as well. It raises important issues about the scope of the Act, in particular whether it was intended to provide for pay equity (meaning equal pay for work of equal value) or whether it is limited to requiring equal pay for the same (or substantially similar) work.

In the original decision of the Employment Tribunal it held that the Equal Pay Act requires that equal pay for women for work predominantly or exclusively performed by women is to be determined by reference to what men would be paid to do the same work abstracting from skills, responsibility, conditions and degrees of effort as well as from any systemic undervaluation of the work derived from current or historical or structural gender discrimination.

Terranova sought leave to appeal the decision to the Court of Appeal and this leave was granted. The decision is here.

Note that the Attorney-General took part in the Appeal case as an “intervener”. This means that he was granted leave to appear because even though the Crown was not an original party to the litigation it had a significant interest in the case, given its role in funding the industry. His position basically was that the Employment Tribunal got it wrong, that the EPA did not mandate the decision that had been reached. If the Attorney General’s argument succeeded then the whole case would have failed and the Government would have been off the hook, at least for now.

Thankfully the Court of Appeal saw it differently and ruled that the EPA should allow a Court to look at different industries and rule that workers in one industry are being underpaid and therefore discriminated against.

The Law Society’s website has this description of what happened next:

The Court of Appeal was careful to state that, as it had only been asked to determine preliminary questions about the operation of s3 of the EPA, it would not go further and attempt the practical task of identifying appropriate comparators to the rest home workers role, or to even give guidance on how the evidence of other comparator groups or systemic undervaluation should be adduced.

The Court of Appeal did, however, offer its view that “the best way forward would be for the Employment Court to be asked to state the principles under s9 before embarking on the hearing of Ms Bartlett’s substantive claim. … As mentioned the Court may for example in its statement of principles identify appropriate comparators and guide the parties on how to adduce evidence of other comparator groups or issues relating to systemic undervaluation.” ( CA at 239)

In December 2014, the Supreme Court announced that it would not grant Terranova leave to appeal the Court of Appeal decision, as the appeal is considered substantially an appeal on preliminary questions. The Court effectively endorsed the Court of Appeal’s view that the next logical step appeared to be that the Employment Court set the principles under s9 of the EPA.

Since December 2014, there has been no further progress in the Terranova litigation. However, it has emboldened parties in other female-dominated professions to issue equal pay proceedings. In 2015, the New Zealand Educational Institute (NZEI) issued proceedings on behalf of education support workers against the Ministry of Education in the Employment Relations Authority. In 2016, the New Zealand College of Midwives filed a claim in the High Court against the Ministry of Health for breach of the New Zealand Bill of Rights Act 1990, alleging gender discrimination in rates of pay for midwives.

The issue had clearly developed a great deal of steam and all parties realised that some day at some time the issue would be resolved and from the looks of things so far the care workers had a strong case.

Clearly the Government has been looking to resolve the matter. It could have changed the Equal Pay Act but such a move would have been deeply damaging and made a mockery of its attempt to portray itself as a woman friendly party.  And just in time for the election the Government has agreed to do what is right, and that is increase the pay of three government-funded service sectors which employ mainly women on low rates. The workers in these sectors, aged residential care, home support, and disability services, are saints and deserve every cent of the increase.

The basic structure of the industry is the problem. The Government has contracted out to the private sector the provision of services which can be provided publicly. The bulk funding of these services allowed the private sector to grind down wages and conditions of workers in the industries in the pursuit of profit.  Neoliberalism then takes over.

The Government is celebrating its backflip. But just to remind everyone it should be remembered that in the Court of Appeal it sought leave to take part in the case and argued in support of Terranova’s position and against the Union’s claim.  This resolution has occurred because the Union had to play hard ball and litigate and negotiate every step of the way over the past five years.  If the Government wanted to do something about pay equity it should have done so years ago.

It should also be remembered that the deal represents a compromise. The increase will not be back dated and there was a reasonably significant risk this would have happened if the Court process was seen to its conclusion.

Audrey Young in the Herald summarized the situation well (yes you read that right):

The Government was driven by the reality that if it did not reach a settlement with the unions, the courts had given every indication they would. They would not only impose a settlement in the Bartlett case, but would come up with criteria to assist future cases.

Governments do not like relinquishing control to the courts.

The alternative would have been to legislate away any such judicial expansion of the Equal Pay Act. That would have been unacceptable to many in the Cabinet, not least because of the essential truth of the claim.

Women’s work is low paid because it is women’s work and the market values it less than men’s.

Some on the right are not so happy that some of our poorest paid yet most dedicated workers are now being paid a better although not necessarily a living wage. They are upset that the decision is “inefficient”.  The logical conclusion of this is everyone, or at least workers, should be paid peanuts then we will have peak efficiency.  Long may they squirm.

$2 billion and not one extra service provided https://t.co/Vctsb4FNtX

But basically through gritted teeth and in election year National has chosen to celebrate doing that which it should have accomplished years ago.

At least it appears that tax cuts will now be off the table. Although the reality is that the so called fiscally neutral tax cuts National gave in 2009 were paid for by the underpaying of women performing that most important of jobs, caring for those of us who need it.