Worth mired in corruption again 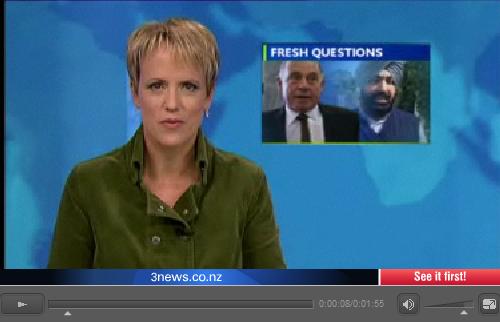 It looks very much like Richard Worth went to see the Sandhu family to use the prestige of his office to put pressure on them to drop the assault complaint as a favour to his mate.

Even if that’s not why he did it, it’s still a clear conflict of interest and it’s the fact of the conflict that matters. A minister cannot go throwing his weight around in a police investigation involving his mates. Not if we are to be confident that our government isn’t corrupt.

Macro sums it up:

It must be time for that muppet to fall on his sword, he is getting beyond a joke and hopefully Key shows some guts and axes him tomorrow.

Key must get rid of Worth or he will look weak and irresponsible.

36 comments on “Worth mired in corruption again ”