“How are you all doing?”

One handwritten poster by a student in South Korea, asking “How are you all doing?” has started a poster movement where people doing it tough talk truth to power. Campbell Live featured a woman writing to John Key about her struggles on low pay.

Blue has a look at the the gallery hacks and what they’re looking for from a politician. The answer is – not much. Political journalists do not require any special qualifications. They go to journalism school to learn how to structure an article and avoid being sued. There is no test you must pass to become a Gallery hack proving that you understand policy, economics or statistics. Their job is write ‘colour’ pieces about the ‘cut and thrust’ of politics….

John Key revealed that he was not ruling out going into coalition with Labour after the next election. He is rather bored and this party may make life a bit less boring. Besides this way he can take credit for having made the Best Start.

Media bias has been a topic of discussion this week and such simple things as the choice of photos can be evidence of this.  The Herald has been publishing very unflattering photos of David Cunliffe.  You would think that with all of their resources they would have slightly more natural photos than the ones they are running …

Open mike is your post.  For announcements, general discussion, whatever you choose.  The usual rules of good behaviour apply (see the Policy).  Step up to the mike …

What do you value?

Down in the comments were the most incredible remarks I have read in support of the policies.

It appears that John Key is trying to divert attention away from this Government’s appalling record regarding child poverty and Labour’s Best Start and Paid Parental Leave by starting a discussion on what the Country’s flag should look like.

Nicky Hager on Surveillance and Privacy in the Snowden Era

If you are (a-hem) free today, then you might want to head down to Otago University campus for a presentation by Nicky Hager.

The ratings/sales driven ethos of the corporate MSM skews the coverage of the election campaigns of parties of the “left” and the “right”. Focus on individuals, implying they represent large sections of the population. The left are leading the agenda on inequality.

Open mike is your post.  For announcements, general discussion, whatever you choose.  The usual rules of good behaviour apply (see the Policy).  Step up to the mike …

Is it always better late than never?

Minister of Labour Simon Bridges today said he welcomed the Review of Forestry Safety and that he has asked Worksafe NZ to review the Approved Code of Practice (ACOP) into the forestry sector to “clarify them”. Chris Finlayson was the Minister when the current regulations (ACOP) were signed off new in December 2012.  He said […]

This post isn’t a ‘contrast and compare’ piece on the policy announcements of National, the Greens and Labour. Enough to say that National are pursuing privatisation while both Labour and Green are at least trying to do good things.

Shame about the reality of the bigger picture then.

Note to Media – check your facts.

Sometimes I despair for our media. I mean, the latest parroting of Key’s line on Best Start is the stuff of black comedy. Apparently Key’s claiming David Cunliffe misled people about eligibility because they don’t get the payment while they also get paid parental leave. And the media are trumpeting it all over the place. […]

Cameron Slater in his pursuit of pushing the boundaries has well and truly overstepped the mark by calling a young man who died in tragic circumstances “feral”.  Slater is now trying to play the martyr.  The only thing that he should do is apologise for his post.

Paddy Gower yesterday accused David Cunliffe of walking out of a press conference and refusing to answer questions on Best Start.  The reality seems to be somewhat different …

Open mike is your post. For announcements, general discussion, whatever you choose. The usual rules of good behaviour apply (see the Policy). Step right up to the mike …

Imperator Fish – The State of the Nation: an interview with David Cunliffe

Scott gets an exclusive interview with David Cunliffe… and then goes Paddy Gower on his a#$e. Always good to be fair and balanced on the 2 sides of the House.

So Labour has launched the Best start policy and the criticism from National and its followers has been swift and well coordinated. And, like the bulk of National’s attacks on it opponents, it also has no basis in reality.

The PMs’ statement todaywas a bit of a fizzer: lacking ideas, a lot of waffle.  Some opposition speeches were more inspiring, & laid out some real alternatives: like the speeches from Cunliffe (on fire), Norman (inspiring), Ardern (animated) & Harawira (real people; real struggles). 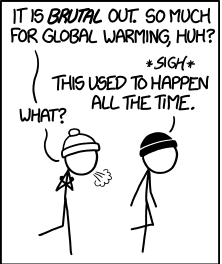 Following David Cunliffe’s announcement of Best Start New Zealand’s right wing took it upon themselves to show how useless and venal they are. It started with Jordon “the new Cameron Slater” Williams and the National front group Taxpayers’ Union’s eviscerating attack on “Middleclass Welfare” (honestly guys that line’s so 2007) only to blame it on” “Labour […]

“A Nation of Opportunity” – Cunliffe’s speech

The text of David Cunliffe’s state of the nation speech from today’s meeting in Kelston.

Cunliffe state of the nation speech

David Cunliffe’s state of the nation speech is being delivered today in Kelston.

There’s another sign National is getting a bit desperate at the beginning of election year 2014, as they reach in to the Tory trick-bag of voter suppression in the revised Electoral Amendment Bill reported back to the House on 18 December 2013.

There has been an abundance of research showing that communities and societies function better when their resources are shared around.  But the need to persuade ordinary people that this is so is the most important thing to achieve.  Because without popular support attempts to change the current system are bound to fail.