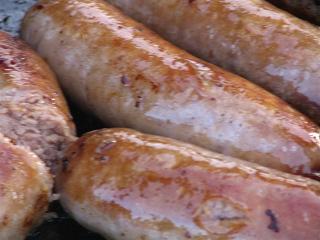 Well, I saw my first Farrar billboard in the real two days ago and I gotta tell you I laughed. I was with a companion who is politically aware and has a pretty good idea about the EFB and when I pointed it out to her she was baffled. When I told her the story behind the campaign she was stunned by how ineffectual they were. Given she teaches digital media that’s a pretty good sign Farrar and the fat man have missed the mark.

And on the subject of these boards, blogblog has a few questions up that may pique people’s interest (my favourite is “When you selected the name Free Speech Coalition did you realise that is the name of the US trade association for the pornography and adult entertainment industry[?]” I guess great minds think alike. But the free speech coalition never answered blogblog’s questions – it’s a shame really when they talk so much about transparency.

Unfortunately not all of this year’s rightwing campaigning is going to be as funny as Farrar’s. My sources inside the National party suggest that, having been stopped from outspending their opponents in the traditional campaign arena, the party is now looking at bankrolling a series of court cases including private prosecutions and (they’re hoping) defences of deliberate and provocative breaches of election spending laws by so called “third parties”. They are also looking about for other ways to campaign off the books including ramping up their use of untraceable viral emails (there are rumours Farrar’s recent “contract” with the party was focused on this and other web-based strategies).

So as we go into the campaign year let’s get this straight – 2008 is going to be a PR war. National is already signalling they won’t be releasing detailed policy because they know it’s unpalatable so their intention is to get all the way up to polling day with marketing only. Because of this their main weakness will be in live multi-party debates and any other forum they are unable to stage manage. They’ll also need to stifle their infighting and their propensity to leak if they are to avoid a meltdown like 2005 (unfortunately for them there’s quite a lot leaked already but we’ll talk about that at a later date).

But that’s all ahead of us. In the meantime I’ve got the barbie going and I’m gonna enjoy the last lazy Sunday of my holidays. Mmmm sausages…