Pat Brittenden at Average Joe has written insightful post on the level of understanding that Don Brash has about the treaty issues he has been addressing in Act’s “one law for all” policy.

Dr. Don Brash has pulled out of a debate on Treaty issues to be held on TV3’s ‘The Nation’. The ACT Party and Dr. Brash have been asking TV3 for logistical and editorial details about the debate. It would appear they have not received what they wanted so Dr. Brash was pulled. 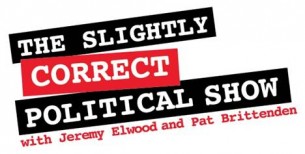 I interviewed Dr. Brash for 40 minutes on Saturday along with my co-host comedian Jeremy Elwood on our weekly political podcast, The Slightly Correct Political Show, and on the issue of the Treaty I found Dr. Brash lacking in the depth and knowledge to be making such bold claims as those expressed in ACT’s ‘one law for all’ policy.

I am no expert in the area of the Treaty, but one thing I think would be prudent is that if one was going to comment, legislate and rally against and area in society then they should have in depth knowledge of that area…from both sides of the debate.

If I moved into a foreign culture, a culture where we didn’t understand the language, customs or history, then it would be prudent for me to learn about that culture before commenting on it, to understand the nuances of the language before voicing disagreements. Surely to disagree with something you first need an understanding of it. In the case of the Treaty, Dr. Brash does not have that understanding.

When asked about the main three areas of contention between Maori and non-Maori interpretation of the treaty, Kāwanatanga , Rangatiratanga and Taonga Dr. Brash responded “I can’t answer that question, I’m not an expert on the Maori language” and when asked again Dr. Brash said “I can’t interpret the Maori language nor do I know what that meant at that time”

This is the area of most concern to me. We need to know what was signed at the time, what was agreed to at the time, and how we bring that into 2011 New Zealand.

Dr. Brash was a nice man, but as a politician to me he seemed out of his depth. The ‘one law for all’ rhetoric has not given ACT the ‘bounce’ it gave National in 2004 and I think that ACT are going to move it more to the background over the next 7 weeks and focus on the economy.

Are there issues around the Treaty that we need to address, “Yes!” Are the Treaty settlements running without controversy or people trying to abuse the system, “No!” But it saddens me that this kind of politics still happens in NZ, the kind of ‘populist’ policy to appeal to one sector of society (in this case the much mentioned ‘red-necked’ section) when there is no substance or depth to the conversation.

Don Brash was found wanting yesterday in The Slightly Correct Political Show and he didn’t want to be seen to be foolish in front of a bigger audience, so he withdrew from The Nation.

lprent: This is a area that does require more debate especially when parties put up policy to change one of basics of our legal system. How much variance there is between viewpoints is something I became aware of when I was arguing on the conservative side with a family member (not rocky). Plaudits to The Nation for having the debate, brickbats to Act for avoiding the debate. You could at least send along the person who knows the area well enough to have constructed the policy…. Of course that may be a difficult if they are one of the many who are not really part of Act these days.