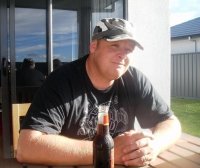 Collins has leaked part of an OIA (which she’s so far refused to release to Labour) which she says shows “union bosses” are “living a jet-set lifestyle” on the taxpayer after they received $127,000 in expenses from her department last year.

Hanlon was using this money “to trot around the country and make critical comments about Corrections officers”, she said.

The dishonety of this is stunning. The “funding” Collins is talking about is actually compensation for the Corrections Association’s costs for when the Department calls them to a meeting.

Here’s how it works. Beven Hanlon, the union’s president, is a Corrections employee. When the Department calls a meeting with the union they cover Hanlon’s salary for the day, pay for someone to replace him on the job and cover any travel or accomodation costs.

Conversely, when the union calls a meeting Hanlon takes annual leave and his expenses are met by the union, not the Department.

There is nothing at all unusual about this situation, chances are it’s codified in the collective agreement or in a memorandum of understanding and it’s common practice in the private sector. I don’t see why the public sector should be any different.

Collins’ motive in this is clear. She wants to smear a high-profile opponent of her prison privatisation plans and undermine the growing assertiveness of the union movement. Thanfully, she’s come out of this looking like a plonker.

Speaking of smears, I thought Farrar would have learnt his lesson after his fisking on Monday, but he’s back lying about the unions again. This time he’s jumped in behind Collins’ smear with the sensationalist headline “Taxpayer funded unions“. He goes on to accuse the PSA of being taxpayer funded.

“I know many Government Departments pay staff more if they join the PSA which is a form of indirect funding”, he says.

No you don’t, you lying pillock. The PSA negotiates one-off payments for its members as part of its collective agreements, just like private sector unions do, in order to discourage non-union employees from freeloading off the back of the collective.

Funny how quick the Nats are to criticise the private contractual arrangements of working New Zealanders, but when the CEO of Telecom is found to be riding Kiwis for $7 million a year the silence is deafening.