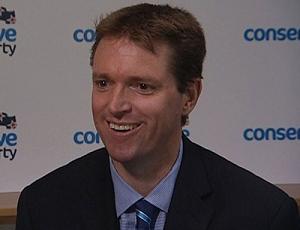 National has signalled early that it is looking towards the Conservative Party as a potential coalition partner.  There appear to be a few rather huge policy dead frogs that it must swallow if it is going to cement relations.  But already it appears to be getting ready for the big swallow.

This week John Key raised the prospect of a coalition when he said:

“…in principle if he [Craig] won a seat it would be a guaranteed National-Conservatives Government.

Now, there is an awful lot of National supporters I think who would say, ‘I don’t want a far left-wing Government that the Greens and Labour represent’, so as he [Mr Craig] himself said these things are all about give and take and compromise. That’s the nature of government.

But my expectations are that we will have discussions with Colin Craig at some point, as indeed we will with hopefully a number of other parties.”

In terms of give and take yesterday showed that National may be prepared to put protection of kids from brutality on the table and and protection of the environment from devastation may not be far away.

Firstly Key deflected criticism from Labour about his obvious refusal to abide by the likely no asset sales referendum result by getting stuck into Labour for failing to abide by the result of the anti smacking referendum.  There is one slight problem with this, as Karol and Gobsmack pointed out, National was elected to power at the same time that the results were declared so if anyone could be criticised then it should be National.

Also his comments refuse to acknowledge the deal that he reached with Helen Clark to amend the bill to show his magnanimity and ability to reach across the aisle not to mention that all National MPs voted for the compromise bill.  Blaming Labour for the passage of the bill and the refusal to change it is surreal in the extreme.

As for climate change the conservatives are people who believe completely a seemingly unusual story about someone being raised from the dead and ascending to heaven three days after he was crucified on a cross despite there being no evidence that this occurred, yet they will not believe that man made climate change is occurring, even though the evidence is overwhelming.  While my Irish Catholic upbringing opens my belief systems to accept the possibility of all sorts of unlikely things I struggle to see how the overwhelmingly evidence in favour of the existence of human induced climate change can rationally be met with such a belligerent refusal to accept it.

In respect of Climate change we see climate changes as largely a natural phenomenon driven by factors beyond human control. Human influence has been quantified and it is very small. New Zealand’s influence is insignificant. We believe that climate has fluctuated throughout history  and will continue to do so. Unlike National/Labour/Greens we DO NOT support the ETS scheme which is effectively an extra tax on ordinary New Zealanders for no justifiable reason in our view. It did not have a public mandate. National who introduced the ETS in fact campaigned against a carbon tax. It’s introduction was a betrayal of the electorate.

National has in the past acknowledged that human induced climate change is a reality.  In 2008 National’s blue green vision document said:

Most scientists consider that continuing high emissions of carbon dioxide and methane present a risk of destabilising the global climate, possibly leading to irreversible consequences.

How big is this risk? Many years of scientific work, summarised by the National academies of Science of all the main countries, including the United States, and by the intergovernmental Panel on Climate Change, confirms the risk is serious, although uncertainty remains about the rate and timing of global climate change and its regional effects. These uncertainties are not an excuse for doing nothing.

The blue green policy suggested as a goal that there should be a reduction in the output of our CO2 by 2050 of 50% from current levels.  Recent predictions are that our net emissions will increase by 50% by 2040.

Yesterday in Parliament Tim Groser said that the Government had a plan, of sorts, for modest reductions.  It had a braver plan but would only commit to this if there was significant agreement from throughout the world for similarly brave targets.

Get that?  If a lot of other countries promise to do something NZ will do more.  But if they won’t then NZ will do very little.  I would have thought that it would be more important for NZ to be brave if other countries are dragging their feet.  Otherwise inevitably our world’s climate will spiral out of control as every country looks to other countries to do their bit before committing.  National’s stance gives it plenty of wriggle room to allow it to do very little and this will no doubt keep the Conservative Party happy.

Overall the prospect of a National/Conservative coalition is a real one.  But a deeply, deeply terrifying one if you care about our young or the future of the world’s climate.

Update:  As my choice of a description of Colin Craig has attracted some negative comments and so that the discussion can focus on the post itself I have changed the headline.