The right in court

The political right wing has been kicking itself in the head all over the courts recently. For those of you keeping score at home we have…

In which we learn that Colin Craig had already lost another case months before being done over in his defamation trial.

A settlement proposal for Jordan Williams and Colin Craig

A suggested settlement proposal to resolve the Williams v Craig case which may achieve some good.

An old handle flickered back into life briefly this afternoon: In 2014 I dumped: https://t.co/UhZSYEYyar — Whaledump2 (@whaledump2) September 14, 2016 Rawshark – presuming the account is still held and operated by the hacker who exposed the dodgy shenanigans between the WhaleOil blog, corporate lobbyists and senior National Party politicians – started with a screenshot from […]

Two breaking news stories as Jordan Williams gets in first and sues Colin Craig and Martyn Bradbury is spoken to by police about a blog post advocating civil disobedience.

Colin Craig is serious about suing Williams, Stringer and Slater. His pamphlet is appearing in letter boxes (as far south as Dunedin). He’s putting dirty politics back in the spotlight, reminding NZ what a sleazy and amoral government this is, and the tactics and tools to which it will stoop. Updated with the soap-opera latest developments. 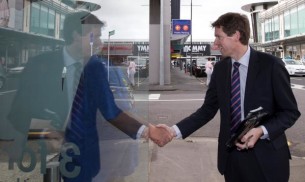 Colin Craig’s Contempt for His Victim

The Conservative Party’s Colin Craig has victimised his former Press Secretary by deliberately breaching a confidentiality settlement in order to frame his inappropriate behaviour as a minor matter they were both equally responsible for. Well, that’s crap, Colin. It’s actually a rich man using his power and privilege to belittle a woman. Again.

There’s a lot of chatter about the Conservative Party at the moment, but the Nats are the only ones who have a reason to care.

The Conservatives have called a press conference this afternoon and it appears that Colin Craig’s tenure as leader may be terminated.  But will he be back?

With the latest poll results it’s basically a coin-toss whether a vote for National gets you Colin Craig and his extremist mates at the Cabinet table.

What kind of government would National lead?

The choice for NZ voters is becoming clearer in the last days of the 2014 election. The irony is that after John Key’s scaremongering, our options are a three-headed coalition of natural allies versus a five-or-six headed hydra of extremists and sworn enemies.

National has unveiled aspects of its 2014 campaign with John Key being a cult like figure and a slogan that makes it sound like National cares for ordinary New Zealanders.

In a speech today Colin Craig has confirmed that he will be standing in Murray McCully’s seat of East Coast Bays.

Do the Conservatives really want a cup of tea with National?

The Conservative Party appears to have this strategy of insulting National and yet expecting to go into coalition with it and being gifted an electorate seat.  The advertisement for their latest meeting reads like something that I would write.  What is going on?

National’s mating dance with the Conservatives

National is clearly getting ready to throw one of its North Shore MPs under a bus in the hope that the Conservative Party can coat tail people with extreme views into Parliament.

Tracy Whatshite, Cadet Reporter, attended the “Bellies” (held at Bellamy’s) and found out who the winners were in this year’s competition for the Best Political Song of 2014. She spoke with the judge Frankie Stevens.

“Competition was particularly intense this year and the top entries included some old favourites, but also some surprizing new comers,” he said.

[Satire]  In a surprise move Colin Craig has threatened John Key with defamation proceedings for saying that he is weak and thin skinned, and may believe Elvis is alive and the moon landing was faked.

Colin Craig does not want to disclose his view on gays

Colin Craig has announced that he is off to Court to sue someone called Russell Norman who I think is the same person as Greens leader Russel Norman. And he is going to leave documents relating to his views of gays in the closet by only suing Norman for his comments about women. One wonders what he has to hide?

Russel Norman to Colin Craig – Bring it on

Colin Craig has threatened Russel Norman with defamation proceedings unless he apologises for saying that Craig prefers women to be in the kitchen and gays should be in the closet.  Norman has refused to apologise.  At the risk of being thrown out of the Lawyers’ union shouldn’t they debate these issues publicly and let the public decide rather than fight it out in Court?

The Christchurch East by election gets weird

The Christchurch East by election is getting really weird.  We have a National candidate who does not turn up to possibly the most important public meeting of the campaign, a spot of petty vandalism committed using a National MP’s van, a conservative party candidate who implies that legs on a billboard are his when they are not, a conservative party leader who does not rule out the possibility of chemtrails existing despite there being no supporting evidence while denying anthropogenic climate change when there is an abundance of evidence in support and Labour and the Greens contesting kindred votes when strategic voting could produce a positive result.

The Conservatives have a significant constituency and pose an interesting dynamic for the future of NZ politics. Their constituency will possibly letting the left in or sharing power on the right. The Conservatives are fond of saying how close they got in the previous election given how little time they had worked on it.  Colin comes out on top against Paula then be prepared for a real change in the political landscape. They are already having an impact without being in parliament.

Coat-tail of Many Colours

Te Reo Putake speculates on exactly what plan that National and John Key have to distort the MMP review and Iain Lee Galloway’s private members bill so that it allows them to stay in power. Most probably by gifting Crazy Colin and the Conservatives with several chances to get several partners into parliament while discarding the husks of their former coalition partners.

The draft boundaries for the 2014 election have been released.  Down south there are significant changes in Christchurch.   In West Auckland the changes are most pronounced, with a new North Harbour seat being proposed.

The possibility of a National Conservative coalition was raised this week by John Key.  It appears that everything may be on the table as National seeks to retain power. So will child bashing again be allowed and what would happen to New Zealand’s climate change policies?  The prospects are rather terrifying.

Answering questions on the up-coming Asset Sales referendum, John Key spoke some appalling un-truths.  He is rewriting political history to suit “Crazy” Colin Craig’s possible coalition bottom lines on the “anti-smacking” law.   Cunliffe finally got there in the General Debate, but the opposition was too slow in countering Key’s lies & spin.