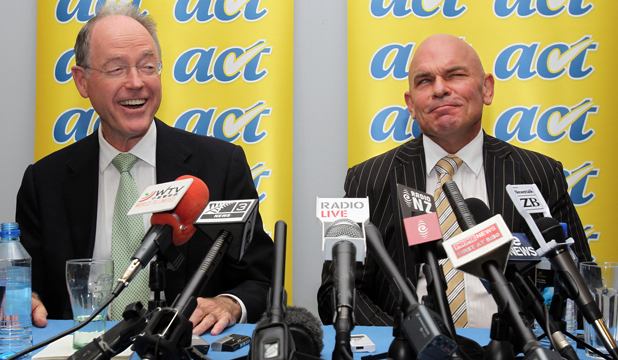 I don’t know what is happening within the ranks of the Herald but can I urge them to get a left wing commentator to write columns on Sunday in the interests of balance?  Because Rodney Hide’s latest column is the sort of fact free diatribe I would expect from Cameron Slater and cries out for an opposite view to be expressed.

Hide claims that the left now suffers from closed minds and moral smugness. That we are moribund and backward-looking.

I presume he is referring to climate change although his column is an example free mess.  He does think that climate change may not be occurring despite the overwhelming scientific consensus to the contrary.  If this is what he is referring to I prefer to be part of a movement that is acting on a strong scientific consensus rather than continuously critiquing that which has already been proved.

And you get the feeling he has two eye patches on when he claims that Labour has no policies or new ideas.  He could consult the party’s policy platform for a start, or read up on the party’s future of work commission, or its package to address the housing crisis if he wanted to educate himself on what the party is thinking.

He is correct that some opposing policies distress the left.  The continuous adherence to trickle down and neo liberal policies I personally find particularly distressing in part because they have been shown over and over again not to work.

He complains about how the left gang up on dissenters on social media.  Clearly the circumstances of Dirty Politics are something that he missed.  He should buy the book and have a read.  And then cast judgment.  It would also help if he understood that many of the twitterati he is complaining about are not members of the Labour Party.  It is like criticising National for something that members of a tiny extremist organisation like the ACT party do.

He claims that National is now the vibrant party looking to the future and open to diverse views.  It is true that their PR is way better now than it used to be but deep down National is still the same old vested interest party it always was.

Can I invite the Herald to find a left wing columnist to counter Hide’s ramblings.  To provide some balance as in coherence verses incoherence?