Falling into a coma 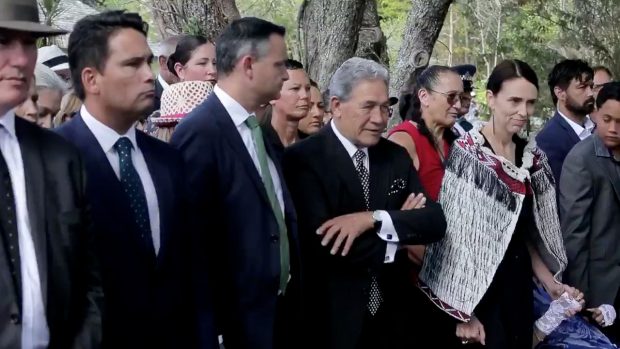 Why have we fallen into the most boring and predictable election we’ve had since Bolger’s second term?

Neither National nor Labour have put out fresh policy in months.

New roads don’t count as fresh anything. Nor do medium-scale regional projects.

Labour are still working on their manifesto with five weeks to go – so we won’t see fresh policy until the last four weeks.

National are, charitably, finding their way.

Labour’s campaign slogan “Let’s Keep Moving”, unlike the 2017 one, has neither impact nor meaning.

National’s one is so forgettable it may as well be one of those provincial town straplines like “Otorohonga: Keeping It Yay!”

If the election were held today, Labour would govern alone and the rest of Parliament would be both too close to call and irrelevant.

Yet we currently have no idea what they would do. Other than cut ribbons on the PGF projects that they began in the previous term.

Now, every election, MPs of a governing party will gee us up with bromides about complacency.

But there is zero sense of urgency from either side of the political spectrum.

Maybe neither side can walk and chew gum at the same time: complete parliamentary operations and clean up after their errant people, and also launch a campaign. But after a century of practise at it, both National and Labour should at least show they try.

It’s like our main political parties are so punch drunk from successive external and internal crises that they would rather just project deepfake holograms of themselves onto the tv but otherwise sleep it off on the couch and wake up on September 20th.

Maybe the TV debates will consist of animated cartoons between Ardern’s toothy smile and Collins’ arched eyebrow, hopping around smiling and winking.

We have the most popular prime minister in living memory, so hey maybe that’s all what we want.

It’s bred a sad inevitability to the result that’s now only barely interesting on the periphery of the 3-5% minors.

Maybe our shared overwhelming anxiety simply needs peace and hugs and smiles from our political order.

That would infer we prefer the comatose position too.

Yet this is our country:

Without the successive crises we have endured, this government should be out on its ass for lack of measurable improvement on pretty much anything.

Like the 1929 stock market crash, it was the years that followed in which the real economic and social depression occurred. So while we may have softened some of the current impact, the worst across the world is yet to hit.

We don’t yet have big rises in mortgagee sales – but they will come. We don’t yet have a property price correction – but it will. Our poor will stay hidden in squalid little rooms, rather than march in the streets, until there’s too many of them to fit.

In most previous governments, there would have been a huge national call to arms, with summits and unified departmental purposes, and seriously bold policy initiatives, and at the end of which everyone know that there was a plan, they were part of a team working on that plan, and they could get up the morning and know how they were assisting that team with their effort.

There’s no plan at all, other than: print money and stay disinfected.
They may have one, but none of my friends or work colleagues or relatives know about it, and it’s not coming through on the news or on social media.

There is no detectable intellectual or conceptual core to Labour or to National that would make us sit up and think and talk about it.

Nor – even in the current government – is there some brains trust pumping out the policy concepts and providing steerage.

We deserve more than: “We’re just coping …. so Let’s Keep Moving”
Moving where? Why? At what speed? Moving how? To what plan? Who with? How long for? And about this place we’re moving to: would we know when we got there?

We are a country in a grave crisis that is about to get so much worse.
We need politicians who give us certainty and coherence. We a plan, not just charm.

We need to shout at our politicians more.

We need to fire them out of the disgusting complacency they demonstrate.

We need this to be an election contest not a sleepover.

Citizens, wake the fuck up.

92 comments on “Falling into a coma ”