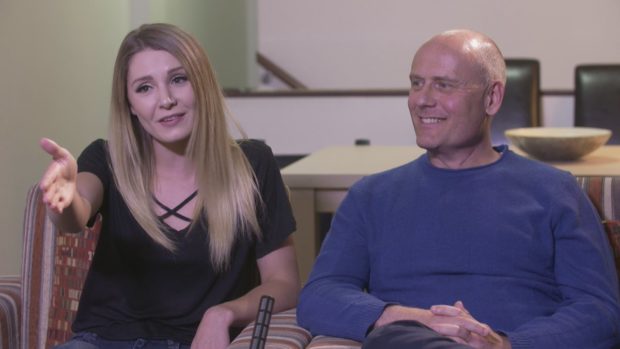 Lauren Southern and Stefan Molyneux are coming back to New Zealand to give a talk.  Such will be their commitment to free speech that entry to their event will be heavily regulated.  At the event those wanting to exercise their rights to free speech in a way that Lauren and Stefan do not approve will have those rights no doubt immediately curtailed.

Clearly there is a great deal of expectation about what may happen.  Television New Zealand is planning to give them air time.  Protests are also planned.

Their basic proposition is an interesting one.  Their claim is that it is an important aspect of our freedom that they be allowed to say some pretty disgusting things about other cultures.

What can we expect Southern and Molyneux to say?

No doubt Southern will plan some sort of stunt similar to what she pulled at Lakemba in Sydney.  She wanted to visit a local mosque and insult the residents.  The local Police Officer was concerned that a breach of the peace may occur that he told her not to visit.

She decried the absence of British hotels in the suburb.  Peter Norway captures the stupidity of the claim well.

Lauren Southern went to some place called Lakemba in Australia that she declared to be a "sharia ruled no-go zone" and "conquered land". Here is her being interviewed inside the dangerous no-go zone pic.twitter.com/QnMpmtpMvQ

There is also a planned event where for large amounts of money people can listen to Southern’s and Molyneux’s rants.

Australian writer Simon Copeland did something very brave.  He went to Southern’s and Molyneux’s Australian event and live tweeted the occasion.  His twitter thread captures the insanity of what Southern and Molyneux were saying well.

So what can we expect them to say presuming that their event goes ahead?

I expect there will be a similar attack on Maori culture that there was on Aboriginal culture.  Western culture good, Maori culture bad sort of stuff.  No doubt they show their lack of understanding by saying that Maori culture needs to learn and grow.  They will mock Maori myths, claim that Western culture saved Maori, and minimise Maori grievances over breaches of the Treaty of Waitangi.

Multiculturalism will be attacked.  It will be presented as some sort of attack on the right to freedom of speech and democracy.  We should just acknowledge the supremacy of the west and realise that other cultures are a threat.  Freedom of speech must be allowed to be used to stifle freedom to express your culture.

What Molyneux and Southern do not understand is how Maori culture is becoming increasingly integrated into New Zealand culture, and how it is so central to our sense of identity.

No doubt in Southern and Molyneux’s world such events would not be tolerated.  Western culture only.

And if they visit for instance the Avondale Market on Sunday morning they will really freak out.  All these people from different cultures peacefully coexisting and getting on.  All sorts of different styles of food and clothing.  Different languages being spoken.  People of all sorts of backgrounds and skin shades coexisting happily.

This is why so many of us are so upset at Molyneux and Southern being given air time.  Their claims are stupid, motivated by greed and malice, dangerous, and a threat to our settling sense of multiculturalism.  Most of us want to improve our knowledge of and appreciation of different cultures because they add so much to our way of life.  There is nothing to be afraid of.

I accept that New Zealand has some significant issues to work through but I do believe that we are basically on the right track.  The last thing we need is a couple of fascists to attack what is a central tenet of our way of life.