In 2010 the ACT Party with the help of National managed to pass a piece of legislation that damaged student democracy, and blatantly ignored public opinion. Voluntary Student Membership or VSM sounds like a horrendous STI, and its impact has been to screw student democracy.

Students’ Associations provided democratic representation at all levels of tertiary institutions. They represented students who faced difficulties with the institution and provided support for dealing with agencies like Studylink. They lobbied institutions for welfare services like foodbanks and hardship grants, and in many cases helped provide these services directly.

When ACT put forward the bill to make all students’ associations voluntary, the National Party said it would listen to submission at select committee and then make a decision. Over 90% of submissions were against this bill sponsored by Roger Douglas. Students from around the country highlighting importance of democratic representation. 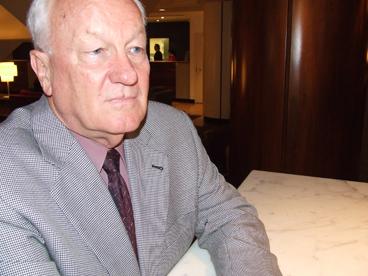 Roger Douglas did the same to Students’ Associations in 2010 as he did to the NZ economy in the 1980s. In both cases his polices have done lasting damage.

Recently on my blog I have been talking about my time on the students’ association exec. Looking back much was achieved. Students’ Associations provide strong representation on campus and valuable services to students. The student movement struggled for nearly 30 years to end crippling student fees, and in 2017 a Labour led government was elected on the promise they would do just this. Students’ associations continue to play an important role. Sadly after half a decade of VSM many of them are now struggling to survive.

The legislation NZ First got National to pass in 1998 putting the question of membership of Students’ Associations to a democratic vote of all students work well. NZ First, now in coalition with Labour and the Greens should unlike national, listen to the 90% of submissions on the current law and repeal Roger Douglas’s 2010 VSM legislation.