Key: Crisis? What me worry?

John Key is defending his handling of Auckland’s housing crisis on the grounds that Auckland’s prices have only risen as much under him as they did under Labour.

So the prices that he said were a crisis in 2007, have risen by as much again, and thus… no problem? 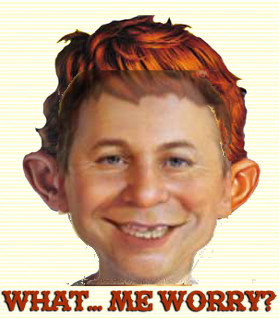 John Key often plays dumb, and it’s never more condescending than when he’s doing it about money.  He knows money, and he knows his comparison actually comes off badly for National, but he spins it anyway.

It’s meaningless what it increased under Labour, and not just because it was 8 years ago (8 years in and still trying to say things aren’t his fault).  The increase all depends on what your starting point is.  In Key’s case it a point he’s acknowledged was too high… and then it’s increased lots.

So no crisis then.  Phil Twyford is obviously crazy.

He then tries to defend it by the old ‘some places are worse’.  Yes, Sydney may be less affordable (12x income instead of 10x), but this isn’t a table we should be trying to top.  4th in the Demographia housing affordability index is already pushing Auckland down the ‘liveable cities’ index that we are actually aiming to top.

Instead we have Nick Smith, Minister in charge of Claiming Black is White, getting constantly run over on zebra crossings while saying he can’t stop landbanking, and that he wants million dollar houses and a house-income ratio of 4x.