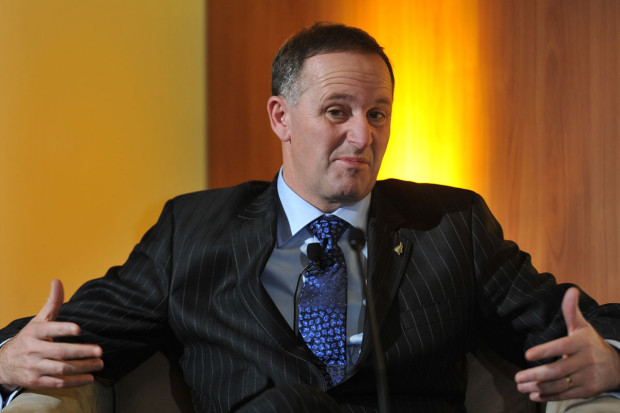 John Key is finally accepting that there is a housing crisis.  But he appears to have forgotten that he has been Prime Minister for the last eight years and is attempting to say that fault lies elsewhere.

He came out with a rather strange statement yesterday suggestion that under Labour residential price increases went up twice as fast as they have over National and implied that National was therefore doing a better job.

Prime Minister John Key has defended the cost of housing in New Zealand, saying under his Government house prices had gone up only 43 per cent.
In response to Labour housing spokesperson Phil Twyford’s calls for the Government to “declare a state of emergency”, Key defended his Government’s actions.

“National house prices under the 9 years Helen was Prime Minister went up 102 per cent, under us they went up 43 per cent,” he said.

“Auckland house prices under them and under us, broadly in Census terms, went up the same. If it’s a national state of emergency now, in a crisis now, why wasn’t it when Helen was Prime Minister?”

Key told NewstalkZB’s Mike Hosking the cost of an average Auckland house is nine times that of the average earnings.

“To give you an example Sydney is 12 times and we’re about the same with Melbourne,” he said.

My jaw dropped when I heard these figures and I had a look around to see where they came from.

The changes are shown in this graph.  Auckland’s property prices steadily increased until 2008 when the Global Financial crisis hit.  They have then surged since the beginning of 2012. 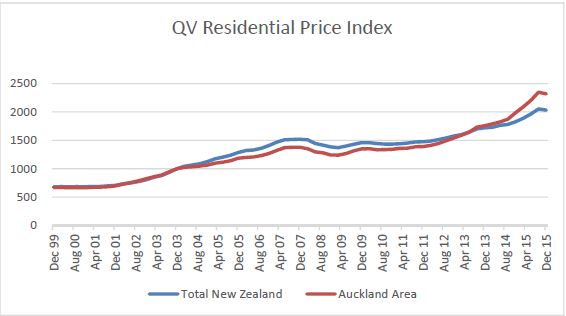 What does the QV Residential Price Index measure? Average QV for properties in the country.  But in areas where there are dramatic increases QV valuations lag well behind actual valuations. For instance the QV of my property is not much more than half what the absolutely insane market would probably pay for it.

So there are a few problems with Key’s use of this index to back up his claim:

This is classic Key and classic National.  Find some statistics that back their contention.  Use these figures even though you know they do not represent reality.  And blame Labour.