No, not next Saturday’s Lotto numbers, but Matthew Hooton’s twitter teaser.

It’s either left to right (Gov’t v Opposition) or alphabetical. Or maybe something else.

I reckon the key number is 49. That’s an outright win for the first time under MMP. However, even if Labour could govern alone, or with one party’s support, I expect the current coalition to continue.

UPDATE: Fellow righty David Farrar reckons Matthew Hooton has got it wrong. According to the latest Curia polling, it’s even better for Labour! 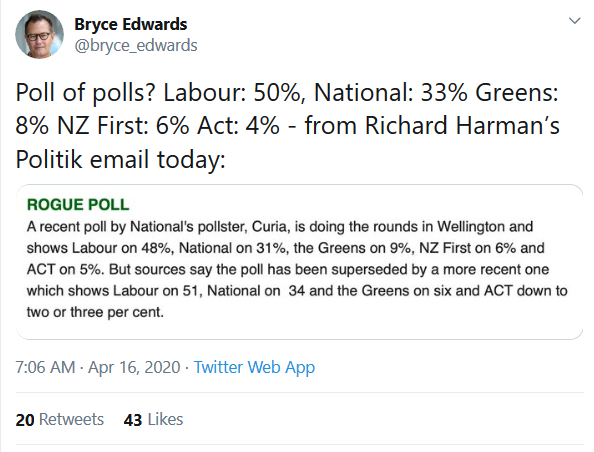